Jeffrey C. Sprecher is the husband of politician and multimillionaire businesswoman, Kelly Loeffler -who recently became the Senator of Georgia.

Jeffrey’s wife was sworn into office last January, prior to the Senate, she served as CEO of the financial services firm Bakkt -a digital asset services subsidiary of the Intercontinental Exchange. In addition, she is a co-owner of the Atlanta Dream, the city’s WNBA franchise.

Born in Bloomington, Ill., she holds a bachelor’s degree from the University of Illinois in 1992, and a master of business administration from DePaul University in 1999.
She was previously the chief communications and marketing officer and head of investor relations for the Atlanta-based Intercontinental Exchange.
On the personal front, she’s been married to Jeffrey C. Sprecher for many years. The couple has been husband and wife since 2004. 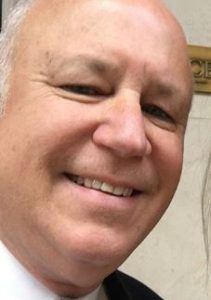 Jeffrey C. Sprecher isn’t into politics, however he is no simple man, he has an estimated net worth of nearly $500 million. Jeffrey C. Sprecher is the founder of the Atlanta-based Intercontinental Exchange, a financial trading platform that owns the New York Stock Exchange.

Jeffrey Craig Sprecher was born February 23, 1955; the Wisconsin native earned a Bachelor of Science degree in Chemical Engineering from the University of Wisconsin at Madison and a Master of Business Administration from Pepperdine University in Malibu, California.

According to a profile, he has been the head of 8 different companies. Sprecher is also Member of The Energy Security Leadership Council and on the board of 10 other companies.
He previously held the position of President of Western Power Group, Inc., a developer, owner and operator of large central-station power plants in California. And Chairman & Chief Executive Officer at The International Petroleum Exchange of London Ltd.

Recent reports say, Jeffrey’s senator wife got rid of their holdings right as the stock market went bad. The longtime couple has no children together.