Brittney Taylor is a reality TV star who is best known for appearing on Love & Hip Hop: New York.

Taylor describes herself as a rapstress and TV personality. She first came under the entertainment radar back in 2017 when she was announced as a supporting cast member of the show.

The Queens native writes and produces her records and has been working on her music for years now. Two years ago reports said she was working on her mixtape called, Jack Rabbit 2. She also released her first EP titled, Project Queen.

Prior to Love & Hip Hop, Brittney Taylor was known as Bri Beauty. In the past she worked with DJ Webstar, birthed the Swag Kids and made a record with Jim Jones. However, after a fallout with management she decided to move to Miami where she according to her VH1 bio, she went broke.

In addition to her music, Taylor has said in interviews she enjoys being a good influence for the youth and that she’s focus on sending a positive message. 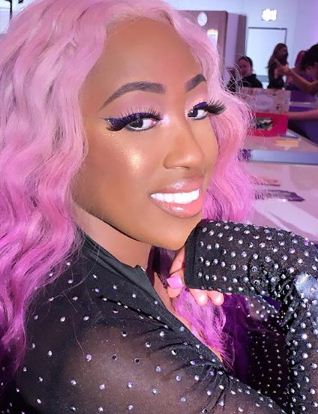 However Brittney has been involved in major beef with fellow cast-member and co-star, rapper Remy Ma. Things got ugly and the word on the street is that Ma gave Taylor a black eye back in April during a concert fundraiser hosted by rapper Fat Joe at the club. According to recent updates Ma is facing as a result, misdemeanor assault and harassment charges. Thing do not look good for Ma –who if conviction could possibly result in added jail time, as she was released on parole in 2014.

Apparently is not the first time, Brittney is an abuse victim. Last year, Taylor also made headlines for detailing an abusive relationship with her once boyfriend, Dex Lauper –yes Cyndi Lauper’s son. Brittney Taylor took to Instagram to share disturbing allegations about her relationship with Dex saying “A woman should never go through what I went through.”