Paul Algarin is the young man who was until recently behind bars but is now a free man thanks to Kim Kardashian West.

Algarin spent the last seven years in jail after being charged in 2013 with bringing guns to a Fayetteville high school, according to local reports. Algarin was in his teens when he was convicted on weapons charges.

24-year-old Paul Algarin reached out to Kim from prison and with her help he was able to walk out a free man last month. Kim flew right after Met Gala to meet him and his family.

Following his release from Central Prison in North Carolina after serving seven years –on April 19, Kim and Kanye West met Paul Algarin and his family in Charlotte. During the meeting, the celebrity couple promised to help Algarin and offered to pay to remove his face tattoo.

Paul’s mom Sonya and his twin sister, Azaria also joined Kim and Kanye for lunch. Azaria documented how they all shared a meal before starting the procedure to remove her brother’s face tattoos. 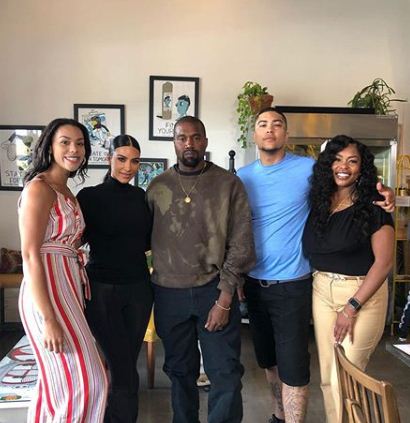 In addition to taking the time to fly out to Charlotte, Kardashian West also brought her doctor with her to help start the procedure of removing 24-year-old Paul’s facial tattoos.

Paul’s mom Sonya added “Kim was there to grant a request that my son asked her assistance with which was to remove a tattoo from his face. Thank God she received his letter and was happy to grant his request”

Paul has recently revealed after everything Kim has done for him, he’s been flooded with job offers. According to TMZ, the gigs range from modeling to tattoo work, with offers coming from as far as Nigeria and the UK. Paul’s also been approached to help with prison reform.

He is now active on social media and living his best life, check him out on Instagram here.