Young Ash is a stunning rapper who was recently involved in a social media scheme and as a result she was arrested.

Rapper Young Ash was accused of using social media to dupe her followers into a credit card scheme! According to prosecutors, she posted ads depicting wads of cash on Snapchat to try to recruit participants.

The rising rapper whose real name is Ashely Bautista, was born September 23, 1995. The artist has released music through the label Kreative Kollective. She began releasing music for an online audience in 2012.

Young Ash is perhaps best known for her 2015 hot single, “Letting You Go” and is also well known for her track “Model Walk Swag.” 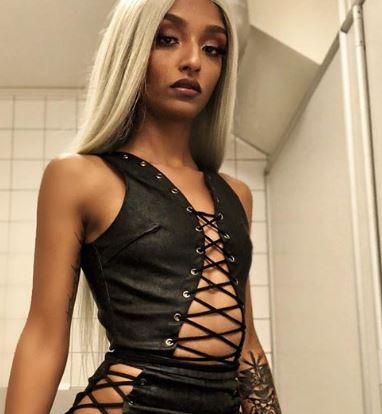 Ash really got herself in trouble, according to the NY Daily News, she allegedly was part of a crew of six that stole the identities of tenants at a luxury high-rise complex on the Upper West Side in order to rake in at least $50,000 in stolen funds.

The 22-year-old Bronx native was accused of using her fame ‘to recruit and solicit younger individuals into giving over their bank cards with personal information.’ During her arraignment, she pleaded not guilty to grand larceny and scheme to defraud and was released without bail.

The up-and-coming rap star seems to be currently single, there’s no indication of any special fella on her social media these days.

You can check out Young Ashe on Twitter here.