Rana Zoe Mungin is a Brooklyn teacher who contracted coronavirus and is fighting for her life in a hospital as her family begs for help from a pharmaceutical giant.

The Brooklyn charter school teacher was first treated by doctors for asthma, but didn’t give her a COVID-19 test until she returned to the hospital via ambulance a third time. She was admitted to the hospital on March 20, at the time Rana was barely breathing. Her family was told she had acute respiratory distress.
According to reports, Rana Zoe Mungin is currently on life support. Her sister, Mia Mungin wrote via social media on March 24
‘My sister Rana Zoe Mungin has COVID-19 and is fighting for her life. I’m begging for some help to get her on the new drug Remdesivir or any help you can provide. #COVID19’

The NY Daily News reports, Rana’s family is pleading with the pharmaceutical company Gilead, which produces an experimental treatment for the virus called Remdesivir, to allow access to the drug.
Mia who is a registered nurse, told the outlet ‘At this point I feel so helpless, being a nurse and I can’t help my family’ 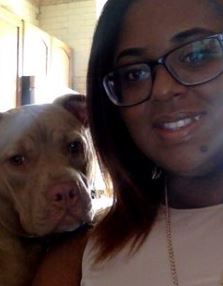 According to her LinkedIn, 30-year-old Rana Zoe Mungin is a Social Studies Teacher at Ascend Public Charter Schools in the New York City Area.

Rana was born and raised East New York, part of Brooklyn. She’s a graduate of Wellesley College, and earned an MFA from the University of Massachusetts, Amherst. She previously taught in Western Massachusetts.
She is currently in her third year teaching middle school social studies at the Ascend Charter School network in Brooklyn.
She also participated in The Catapult podcast, where she read a short story called ‘Never Get Married’ -She was part of a two pieces set in New York City, ‘with narrators trying to make sense of their present and their past’ along with Lucas Mann -who read from his memoir, Lord Fear.