Rosemary’s congressman husband is serving his fourteenth term in the U.S. House of Representatives, being reelected in November 2018.
Pete King was born on April 5, 1944; the New Yorker is a graduate of St. Francis College, Brooklyn, and the University of Notre Dame Law School.
He began his political career in November 1977 by winning election to the Hempstead Town Council. Rep.
Prior to serving in Congress, Pete King was elected to three terms as the Comptroller of Nassau County. Before serving in county government, Rep. King had extensive experience as a practicing attorney and civic leader. 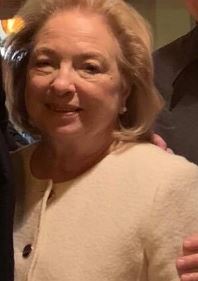 He and wife Rosemary Weidl, have been married for decades. She became his wife in 1967. The two met in 1965 while at the University of Notre Dame Law School.
Rosemary Weidl and her husband of 52-years have two grown children, Erin Marie and Sean King. The longtime couple are also proud grandparents to at least two grandchildren.

Their daughter, Erin King Sweeney, serves as Hempstead Town Councilwoman. Sweeney was appointed to serve as the representative for the town’s 5th district — which covers Baldwin, a portion of Freeport, Merrick, Bellmore, Wantagh and Seaford — following the retirement of Angie Cullin in January 2015. She was elected to a four-year term that November. Her husband is John Sweeney.

Rosemary Weidl worked in the past as the assistant to the director of the Nassau County Crime Victims’ Assistance Center in Westbury, N.Y. Noawadyas, the retired spouse and mother spends her time working in paintings. Rosemary has been focusing in her art for the past five years. She was recently awarded Honorable Mention at the Annual Watercolor Exhibit at the Planting Fields Arboretum.