Hwang Hana is the former girlfriend of Korean singer, Park Yoochun –who has been arrested on drug related charges. Prior to his arrest he had been promoting his first comeback in 3 years, Slow Dance.

Hwang’s boyfriend is a well-known figure in their native country of Korea. The 32-year-old singer and actor, made his singing debut as part of the five-member male group TVXQ, in 2003.

Park who lived for a while in Fairfax, Virginia but went back to Korea to pursue a career in entertainment –stayed with TVQX from 2003 to 2009, but filed a lawsuit against his agency stating that the terms of his contract were unfair. He and two band mates formed JYJ in 2010.

In addition to his music career, Park’s acting credits include roles in the popular South Korean dramas Sungkyunkwan Scandal, Miss Ripley, Rooftop Prince, and Missing You. 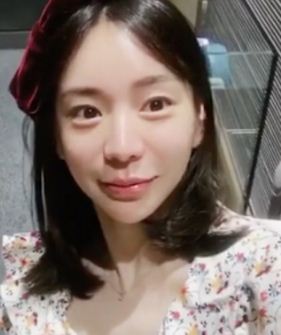 He’s been romantically linked to Hwang Hana for a number of years with reports of the couple being engaged at some point.

The two announced to the world their engagement back in 2017 but are yet to walk down the aisle.

Hwang Hana is described as a Korean socialite. The beautiful young woman is said to come from an influential family, she is the granddaughter of Namyang Dairy Founder. She gained major recognition due to her association to Park Yoochun.

Their relationship was doomed after Park was accused of sexual assault. Though he was found innocent and he later had to take a break from his career to serve in the military –they called off the engagement in 2018.

Earlier this year, Hwang Hana was arrested on drug charges. About a month before the arrest she had posted on social media about a celebrity friend giving her drugs.

Many people suspected that this celebrity friend was Park Yoochun. As a result, Park Yoochun held a press conference and clarified that he has never done drugs before. However, the 32-year-old has now also been arrested.

31-year-old Hwang Hana was arrested for a re-opened investigation from September 2015 for allegedly supplying .5 grams of meth. The socialite is also being investigated for sharing illegal hidden camera videos in a katalk chat with friends.