Fernanda Rosa is the girlfriend of Tales Soares –the Brazilian model who died after collapsing on the runway over the weekend. The male model was 26-years-old.

Fernanda’s boyfriend who known artistically as Tales Cotta, was walking the runway Saturday when he suddenly stumbled and fell as he was about to exit. Tales was taken to a hospital where he later died.

The male model who was represented by Base Management, was working the Brazil’s Sao Paulo Fashion Week at the time of his death. He was taking part in a show for the brand Ocksa when he fell.

Base Management said in a statement he was known for always having exemplary behavior, adding he ‘never complained about health problems and was a vegetarian who had a healthy diet’ According to news outlets, it seems Tales had an undiagnosed birth defect that may have caused his sudden passing.

Tales was in a relationship with fellow Brazilian model, Fernanda Rosa. They both shared numerous photos of each other on their social media accounts.

It seems the couple also worked together in a number of shoots. 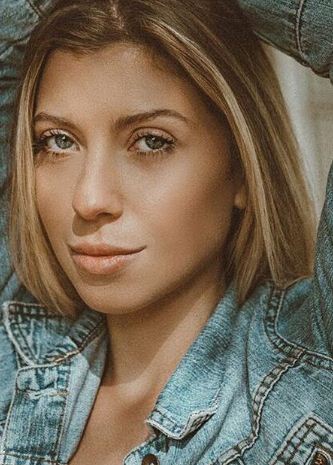 Fernanda Rosa who is also signed with Base Management, shared a heartfelt tribute on her times together with Tales. She wrote in part

“Thank you very much for coloring my days with your laughter, our games and voiceovers … You are a lot of light for this plan, now I will have to learn to be light, just like you, but alone. I love you forever”

According to her Base profile, Fernanda Rosa is 5 foot 3 in, she is blonde and has green eyes. Social media accounts reveal she is originally from Novo Hamburg, Rio Grande Do Sul, Brazil –where she is currently living.

The model is also a college student who is enrolled at Universidade Feevale. She previously attended Colégio Estadual Dr. Wolfram Metzler.

We can also tell that she loves the outdoors, specifically the beach where she spends a lot of time. The stunner who is also an animal lover, has at least a couple of tattoos.

Fernanda’s boyfriend is remembered for engaging on social causes. Tales was a supporter of the LGBT community, a close friend said the model fought for the minorities and even taught in a needy community.