Jamon Rayon Buggs has been identified as the suspect in the Newport Beach double murder of Darren Partch and Wendi Miller.

The bodies of Darren, a professional hockey player and Wendi, the CEO of a nonprofit – were found dead on April 21 in Partch’s Newport Beach, California, apartment.

On April 25th, Jamon Rayon Buggs was arrested and charged with double murder. A motive for the killings has not been officially revealed and is not clear either if Buggs knew either of the victims.

44-year-old Jamon is a personal trainer and lifestyle coach in Orange County. A LinkedIn page says he is the founder of training joint “DO IT AGAIN !9”

However, he’s also had a number of issues with the law in the past. In fact, he was already in custody in connection to an unrelated case at the time of his arrest on the new murder charges. 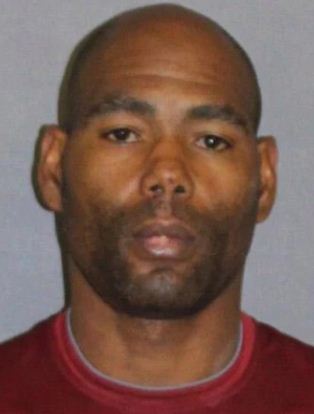 Buggs was actually arrested on April 22, as the suspect of a series of attempted residential burglaries occurred April 20 and April 21. A resident spotted him after hearing noises inside the home. Buggs was scared off and while fleeing he opened fire into the residence. The next day he went back at it and this time he was caught on surveillance video. A resident reported the burglary attempt after seeing Buggs trying to open the front door while reviewing home surveillance footage. He was arrested after a short pursuit by police investigating the burglaries and charged with attempted burglary, shooting into an inhabited dwelling, possession of a firearm by a felon, hit-and-run and evading police.

But his crimes date back to 1996, when he was arrested and charged with felony vandalism. Since then he’s been arrested a number of times and his criminal record include a domestic violence arrest. In 2014, he was convicted of driving under the influence. In 2017, Buggs was charged with driving without a license. Last year he was cited for not having both front and rear license plates. And most recently this January, he received was accused of domestic violence. According to other reports, he is a divorcee and a father.

Jamon Buggs was actually a standout running back on his high school football team at San Pasqual High in Escondido, California. He later attended Arizona Western College, where he played football and studied business and physical training.