Angela Pollina has been identified as the fiance of New York officer, Michael Valva -and also as the possible murderer of his son.

Both Angela Pollina Michael Valva were charged in the murder of his 8-year-old son. According to reports, it was first thought that the minor had fallen to his death in a driveway, however the cuople was charged with second-degree murder.

The 8-year-old victim named as Thomas ‘Tommy’ Valva had been diagnosed with a mile form of autism and according to his mother Justyna Zubko-Valva, he was in second grade. She described the boy as “loving, happy boy, always looking for adventure, loving playing outside.”

Following the tragic death of his son, Michael Gerar Valva set up a GoFundMe page and wrote ‘It is with great sadness that I must bury my 8 year old son. He passed recently due to a tragic accident. At this time I am not able to handle these unforeseen costs on my own and if there is any help anyone can provide we would greatly appreciate it. In lieu of floral arrangements we ask that a donation be made instead.’ 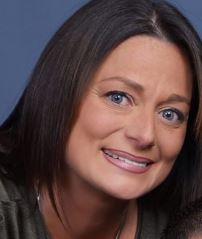 42-year-old Angela Pollina from Franklin Square, New York; attended H. Frank Carey Junior-Senior High School, she later attended Ashworth College between 2003 and 2005.
According to her social media, the mother of three is a former Medical Biller/Coder at Lij Hospital and is also listed as a Supervisor Credits/Refunds at NewYork-Presbyterian Queens -however she retired in 2017.
According to a Facebook profile, Pollina is a parent on her own right. She is the mother of three daughters, all preteens.
She is also listed as engaged to Michael Valva since October of 2016.