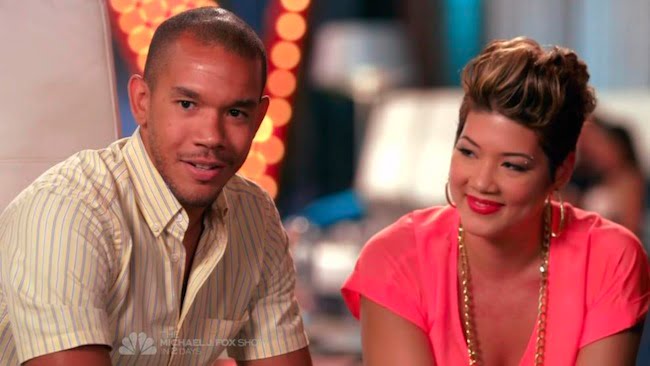 Tessanne Chin, winner on The Voice, is very much in love with her husband, Michael Anthony Cuffe Jr.

A celebrated broadcaster, Michael follows in the footstep of his dad, Michael Anthony Cuffe, Sr. (a noted Jamaican broadcaster) and worked as a sports journalist for three years. He currently works part-time at RJR 94 FM and is the host of the popular weekly program “Uncensored” on FAME 95 FM in Jamaica.

He was first introduced to Tessanne through a mutual friend. Michael was working at Radio Jamica, and was asked to help launch a song by Tessanne. It turned out to be her first hit. “Hideaway” was an instant favorite.

After being good friends for four years, he proposed and Tessanne accepted. They were married on March 19, 2011 at Coyaba in Ocho Rios.

During The Voice competition, he traveled regularly from Jamaica to Los Angeles to cheer his love on. Michael says that Tessy, as he calls her, is a real foodie.

What we know for sure is that Tessanne is a real star, a great singer. Congratulations Tessanne on a very deserved win on The Voice.