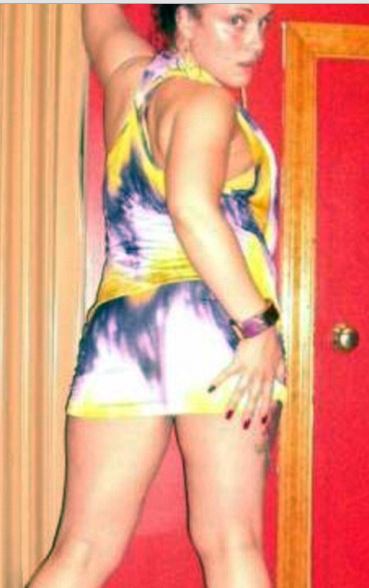 The unexpected Death of Tabitha Perry is another mysterious death in the Aaron Hernandez saga. Someone from Aaron Hernandez’s Bristol social circle has died under strange circumstances.

Less than six months after surviving a car crash which killed Thaddeus Singleton, husband of Aaron’s cousin Tanya, Tabitha Rose Perry, 27, was found dead at the home of a friend in Southampton. Authorities responding to a 911 call on Monday found Perry unconscious and not breathing. She had previously been interviewed by local law enforcement investigating the June 17 shooting death of Odin Lloyd.

Tabitha was born on March 12, 1986 and she has a pretty extensive arrest record, including many traffic offenses, breach of peace, larceny, possession of liquor by a minor, assault and resisting arrest, among others. Her latest arrest had occurred on Aug. 31 when she was charged with evading responsibility physical injury or property damage, failure to obey a stop sign and operation with registration/license suspended/revoked.

Her death isn’t considered suspicious, but police and the state medical examiner’s office are awaiting the results of toxicology testing before ruling on her cause of death.

Perry was in a relationship with Thaddeus Singleton and had a son with him, Jullien Perry. Thaddeus’ wife Tanya who is Aaron’s cousin was sent to jail and held without bail until October. She had been held for criminal contempt and conspiracy to commit accessory after the fact. His fiancee Shayanna Jenkins has been accused of lying to a grand jury 29 times by the prosecutor.

“There were no suspicious circumstances found at the time of the investigation,” Sgt. Jeffry Dobratz said in a release, but police and the state medical examiner’s office are awaiting the results of toxicology testing before ruling on her cause of death.

All things considered, it seems like there have been a lot of coincidences linked to Hernandez’s “social circle”.