Larissa and Seacrest were spotted kissing while on holiday at the French Riviera. The new relationship comes just four months after Ryan broke up with Shayna Taylor. The had dated on and off for years.

The stunner grew up in Texas and Singapore and while attending shcool she was a volleyball player who was interested in modeling but didn’t pursue it until after she graduated high school.
Since ANTM, she did some photoshoots with Smashbox and Urban Decay. She’s also landed a gig as a video girl on Vic Mensa’s music video “Dark Things“ 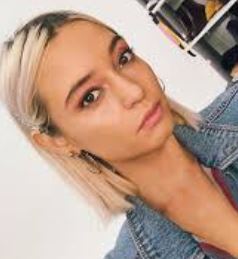 In addition to her growing modeling career, Larissa is also listed as student at LIM College in New York. According to her LinkedIn, she is a marketing student at LIM interested in “jobs involving social media, influencer marketing and fashion TV news”

She describes herself as a “very social, well-traveled and a people person” She loves to speak to people about what they do and why they chose their careers. She is due to graduate from LIM in 2020.

In 2017 she was a sales associate at Equinox and is currently a social media intern at NYCSTYLIST -where she began working in January of 2018.
She also uses Instagram as a platform to promote body positivity with #ThickandThin, which focuses on raising awareness of the plus size community inside the fashion industry.
Do you see a future for the new couple?