Brooks Nader is the name of the new SI cover girl, the brunette stunner has been named as the winner of Sports Illustrated Swimsuit’s model search.

Nader was one of the six lucky girls who made it to the final round of the Sports Illustrated Swim Search 2019, last June; now the 23-year-old model has been named the winner. Nader managed to beat 10k other hopefuls. She will appear in the 2020 issue as their handpicked “rookie.”

Born February 7, 1996; the Baton Rouge, Louisiana native began sharing modeling photos through Instagram in 2015 and nowadays has over 325k followers. 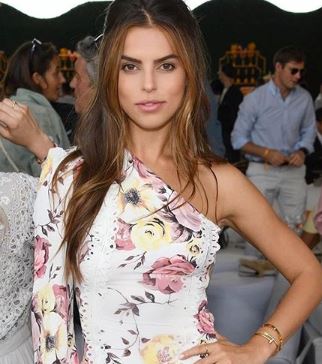 PinSince then, she’s landed representation from several different modeling agencies including New York Models, NEXT Miami, LA Models, and Louisa Germany.
As a commercial model, Nader has done the deed appearing on Elle Magazine, Laura Mercier, Covergirl, and Miami Swim Week. She was also featured as a Sports Illustrated Lovely Lady of the Day.
In addition, the beauty has also expressed interest in acting, as she was cast in the 2018 feature film Backtrace alongside Sylvester Stallone and Ryan Guzman.

Prior to modeling, Nader is said to have attended college, pursuing a degree in finance. However, is not clear if she managed to graduate.

Brooks Nader has not been shy when it comes to doing her work, she’s often shared photos through her social media leaving little to the imagination by wearing tiny, **** bikinis; however when it comes to her private life, she’s remained tight lip. There’s no indication as whether or not she is in a current relationship but who ever her boyfriend is -if there is one -we’re sure he’s very proud of his gal.