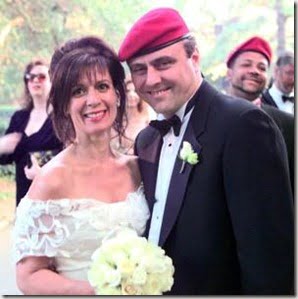 Curtis Sliwa, an anti-crime activist, founder and CEO of the Guardian Angels, is being sued by his third ex-wife Mary Sliwa. In the lawsuit, Mary calls him “a liar, a swindler and a philanderer”.

“Curtis Sliwa is an inveterate, world-class liar,” says the suit.

Mary Sliwa claims Curtis used their marital assets to make inflated support payments to Melinda Katz, who had two children by in vitro fertilization with Sliwa as her sperm donor. Mary also claims her ex-husband cheated on her with Katz and that he was making high child support payments because he was planning to divorce her and marry Katz.

Now Mary Sliwa and the special-needs child she had with Curtis, are that much the poorer, according to the suit, which demands $405,000 back, plus interest and $1 million in damages.

Curtis Sliwa married his third wife, Mary Galda, on July 8, 2000, in the City County and State of New York. They have a son named Anthony Chester Sliwa. Curtis and Mary Sliwa divorced in 2012 and he now lives with Katz and their two children in Forest Hills.

59-year-old Mary Galda is an Oradell native and lives in New York. She is a former WABC employee who also served as the Guardian Angels’ national director, a position she took after meeting Curtis and resigned when they divorced. Mary did not seek a part of the non-profit organization, which brings in millions of dollars a year.