Blanca Fouche, 31, originally from Chile and mom of four seems to be the new leading lady in the life of English actor Michael Le Vell, best known for the role of garage mechanic Kevin Webster, in the ITV soap opera Coronation Street, a role he has played since 1983.

But the big deal here is that we wonder what is she thinking! Getting involved with the 48 year old actor who has been charged with *** offences including child rape!!!

Fouche, who says to be a “very private person” actually posted a picture of the two of them cheek to cheek on her social media profile where a friend wrote beneath the picture: “How lovely. You both look so happy:)” Fouche replied: We are.”

“We didn’t want anything coming out until September or something, when things have cleared up a bit.
“We have been really careful for it not to come out so no-one could get photographs. He is going to have a heart attack when I tell him.
“I am a private person and I don’t think he will want to say anything either. I knew it was going to come out at some point, I was just hoping to hold out a bit longer.”

And why September?? Well because Blanca’s boyfriend is due to stand trial in September and he will not appear in any further episodes of Coronation Street pending the outcome of legal proceeding. Couldn’t she wait until the “not guilty” ??? I call that being a little desperate, you know! Even more when she has four kids! 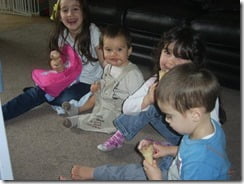 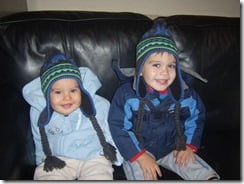 Aren’t they precious!!! Michael was charged back in February and the couple met while she was living just a few doors away from his home in Hale, Cheshire. And if nosy neighbors who saw them canoodling in the street as she left his house after spending the night are right, they’ve just been dating for a couple of months which means they began dating just a few weeks after he was charged!!!

Blanca who according to her Facebook is “in a relationship” works at the Bolling primary school; from September 2006 to May 2010 she attended University of Bolton where she studied Forensic Psychology. She also has listed Manchester, U.K as her hometown and currently lives in Hale, Cheshire, U.K.