Martina Mondadori Sartogo is an autor and the founder of Cabana Magazine –but perhaps better known for breaking the marriage of Prince Charles’ cousin.

Martina –herself a married woman and mother of three –is said to have had an affair with Ashley Hicks –an interior designer and Prince Charles second cousin.

According to Page Six, Hicks and Sartogo’s affair began in June when the pair traveled Genoa, Italy, on business together. Hicks reportedly told his wife about the affair in August. Now his wife, Kata de Solis wants a divorce. Hicks and de Solis were married in 2015 after meeting on Instagram. They share a son named Caspian and Kata de Solis is currently pregnant with their second child.

Martina at first denied the affair but her publicist stated in September, her relationship with Hicks was over. Martina and Kata de Solis were described as best friends. 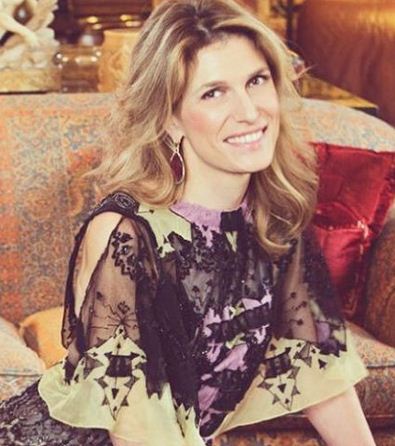 37-year-old Martina serves as editor in chief at Cabana Magazine –the clothbound interiors magazine she launched in 2014 and which serves really as ‘shop window’ for Martina’s home products.

Martina Mondadori comes from a tastemaking Italian family that combined the great fortunes of publishing giant Mondadori and industrial powerhouse Zanussi. She represents the fourth generation of the Mondadori publishing family. She was born and raised in Milan by parents, Leonardo and Paola.

She is married to Peter Sartogo, the two got engaged in Venice’s Grand Canal in 2005. Peter, is the aesthetically refined financier son of Italian architect Piero Sartogo, a devoted art collector. Peter, quit the New York banking scene over 15 years ago and moved to London, where he heads his own asset-management company, GWM Group.

The couple shares two young sons, Leonardo and Tancredi; and a daughter, Cosima. The family of five share a Chelsea townhouse.