Troy Ave, the 33-year-old rapper accused of attempted murder and gun possession –is confident when he goes to trial in January.

Ave was born Roland Collins on November 23, 1985; the emcee originally from Crown Heights, Brooklyn; has been in the industry for nearly a decade. Troy’s moniker is derived from Troy Avenue, a street he grew up near. 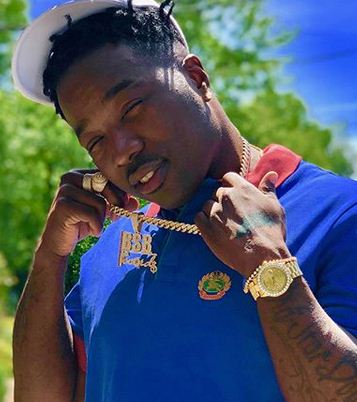 He’s also made numerous performances including, at Summer Jam XX. He released his debut studio album New York City: The Album –in 2013. His latest work More Money More Problems –was released in November of 2018.

Ave is currently awaiting trial on the charge of attempted murder, due to his involvement in a 2016 shooting at Irving Plaza in New York. He was arrested at the time following the violence at an Irving Plaza performance headlined by rapper TI, where he was shot twice and his friend Ronald McPhatter was killed.

While he was taken at NYU Langone Medical hospital, investigators found four guns in his car, including the murder weapon. Troy Ave said he was briefly in possession of the murder weapon because he took it away during the melee.

Troy alleged he had to defend himself and he spent two months in jail.

Troy is the father of two sons ages 2- and a 3 –it is not clear if he is currently in a relationship, whether he is with the mother of his children or with another woman –he’s been very private when it comes to his romantic liaisons.

He seems however a doting father –often posting numerous images of his adorable sons.