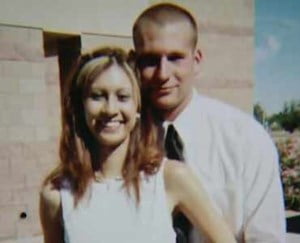 Is it any wonder that Paul Walker was so loved by friends, fans and family? This story may give us the best picture of the kind of guy Paul was.

Kristen and Kyle Upham never got that perfect ring when they quickly married before Kyle left for his army deployment to Iraq. But in 2004, they said actor Paul Walker made that wish come true while the couple was shopping for a ring in Santa Barbara.

They saw another customer in the store and recognized him. They talked for a few minutes, telling Paul they were fans. Then they continued their shopping.

They quickly realized that the prices were beyond their budget for the ring that Kristen had her heart set on. It was a $9,000.00 ring. A short time later, a sales assistant called the couple and told them to return to the store where they were presented with the ring.

The couple from Victorville always suspected Paul of this generous gesture, but could never be certain. The store eventually closed, and the clerk kept the secret.

Kristen Upham says that it’s the kindest thing anyone has done for her.

On hearing of this kind act, Paul Walker Sr. the father of the actor has said: “I was just told that my son gave a marine a diamond ring to give to a gal he was going to marry. I never heard that story. He did stuff like that all the time.”