Kimberly Ellis is the woman who blabbed about a court case where she served as a juror on social media!

Reports say the financial advisor from NY, Kimberly Ellis, was fined after her little over-sharing on Facebook caused a mistrial, since there were only 11 jurors left.

According tot the NY Daily News, the Queens juror blabbed in a detail-filled public postings about a 2014 robbery case she was hearing — the blonde also admitted in the posting that she was “dying from boredom.”

Kimberly Ellis got scolded by the judge and the Queen District Attorney’s office after she admitted to goof around and saying she was sorry. As a result she was slapped with a $1000 fine. She was dismissed and advised to get a lawyer.

According to her Facebook page, she has been a JP Morgan Chase Sales Executive since 1996 and previously worked at Heritage Bear Stearns. 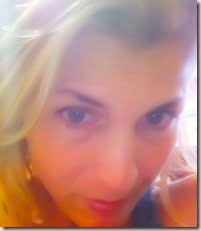 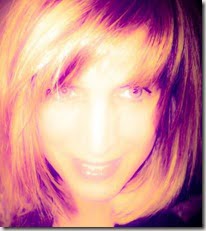 A remorseful Kimberly Ellis told media, “It was my first time as a juror, and I was naive.” I never meant to hurt anyone. I wasted a lot of people’s time and money, and I deeply regret what I did.”

Kimberly Ellis revealed she used to be married and is the mother of two children. The afraid mom of two said she was scared she might lose her job over her lack of good reasoning. She said her ex-husband is disabled and that she looks after her two children.

Kimberly Ellis indiscretion was outed by one of her FB friends, who turned out to be a a former federal and Brooklyn District Attorney’s Office prosecutor. Kimberly Ellis gave out explicit details of what was going on on jury deliberations.

When questioned on why she did it, she told the judge “Well, I sometimes — I suppose I forget it’s so public and it’s Facebook and it’s something that I use a lot,” Ellis replied. “And I’m pretty quiet in my day-to-day dealings with people, so it’s just a way for me to, you know, express myself.”