Leila Osseiran is the widow of Iraqi politician, Ahmed Chalabi. Her husband of 44-years passed away today, reports say.

According to Iraqi state media, Iraqi politician Ahmed Chalabi has died of a heart attack at age 71. Chalabi was chair of Iraq’s financial committee. Haitham al-Jabouri, secretary of that committee, said Chalabi was found dead in his Baghdad home.

Ahmed Abdul Hadi Chalabi was born October 30, 1944. Ahmed Chalabi was 14 years old when he was yanked from his lush family home in the Adhamiya neighborhood of Baghdad, and thrust into a new life of exile in the United States and Britain. In 1969 he earned a PhD from the University of Chicago and then taught for years at the American University of Beirut. He later launched a lucrative career as a banker.

Leila’s husband was one of the most controversial and colorful figures on the Iraqi political scene.

He is known in history as the man who persuaded Americans into invading Iraq and toppling Saddam Hussein, his hated enemy, in 2003.

Following the 2003 Invasion of Iraq, Ahmed returned to Baghdad from exile in the UK and US, and became a key figure in Iraqi politics. 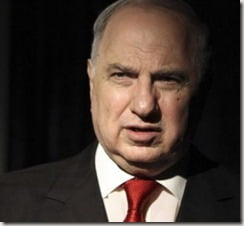 When Chalabi fell out with the United States Department, he found a new political position as a Champion of Iraqi’s Shi’ites. Though the Iraqi political leader Ahmed Chalabi came to a find a good spot in Iraqi politics, the often controversial, always charismatic leader never managed fully throw off the legacy of his role in 2003, or the fallout from his stewardship of the Petra Bank in Jordan, which collapsed in the early 1990s.

Leila is the daughter of a prominent Lebanese politician. Her father, Adel Osseiran –who died in 1998 at age 93 –was a former Speaker of the Lebanese Parliament, and one of the founding fathers of the Lebanese Republic. Leila is one of seven children: brothers, Abdallah (deceased) and Ali and sisters Zhour, Afaf, Samia, Zeina. Leila’s mother was Souad Al Khalil Osseiran. 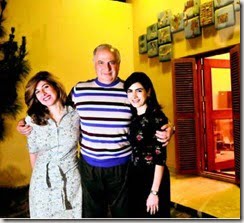 Leila Osseiran is described as a homemaker, who spends her time between Beirut, London and Baghdad. She and Ahmed Chalabi were married in 1971. Leila Osseiran and her husband became the parents of four children. Leila Osseiran is the mother of two sons, Hadi and Hashim; and daughters, Mariam and Tamara (both pictured above with their father).

Daughter Tamara is an historian from Harvard University, while Miriam is a Cambridge-educated lawyer. Tamara Chalbi said once about her mother:

“My mother is a lovely woman who has withstood a lot with my father’s political career.” 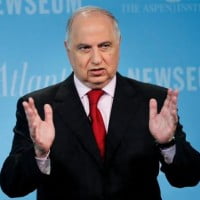 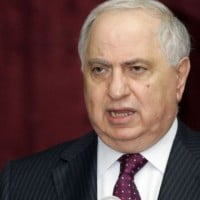 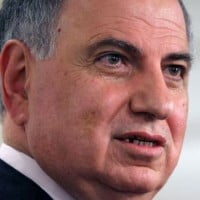 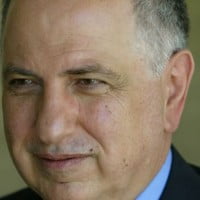 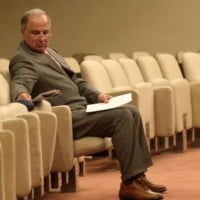 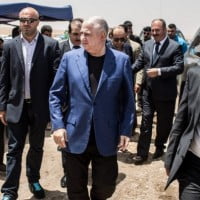 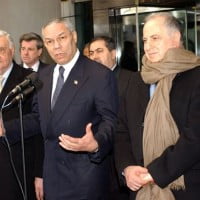