Our deepest condolences go out to 37-year-old Dermatologist K. Andrew Cerveny Jr. His wife of 6-years, Kiersten Cerveny –was found dead over the weekend.

The body of Kiersten Anne Rickenbach, also a dermatologist, was located at the entrance of a Chelsea apartment building with bruising on her neck, reports say.

According to the NY Daily News, Dr. K. Andrew Cerveny’s wife was allegedly the victim of a crime. It was unclear if she stumbled into the lobby or was dumped there. Although the cause of death is yet to be confirmed, sources say she was strangled.

To Andrew Cerveny his wife was out in the city and was supposedly staying with a friend, but Kiersten Cerveny never came back after a night of partying. The marriage produced three small children. Want to know more about Andrew Cerveny? 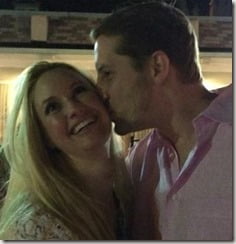 He attended Louisiana State University and Akron General Medical Center. He is the son of Marjorie Cerveny and Mr. Cerveny Sr. of Wadsworth, Ohio.

According to profiles, Dr. K. Andrew Cerveny Jr., MD is a dermatologist in Long Beach, New York. He is affiliated with Long Beach Medical Center.

According to Island Dermatology, Andrew Cerveny received his undergraduate degree from the University of Akron, where he graduated Summa *** Laude. He attended medical school at Northeastern Ohio University College of Medicine where he graduated among the top of his class. After this, he completed his dermatology residency at Charity Hospital in New Orleans with the Louisiana State University program.
Dr. Cerveny has many areas of interest and has lectured on such topics as eczema, toxic epidermal necrolysis and leprosy. He has also researched and published on a variety of topics including contact dermatitis, liposuction and cryosurgery in leading textbooks and medical journals. Dr. Cerveny provides medical, surgical and cosmetic dermatology and is a fellow of the American Academy of Dermatology.

According to their 2009 NY Times wedding announcement, the couple met in 2004 as residents at the Medical Center of Louisiana at New Orleans.

According to the Daily Mail, the wife and mom of three, was seen going into the building with two men, one of whom lives there. All three hung out in the lobby before the building resident sprinted off, sources said. The second man hung around long enough to call 911 before he also fled.