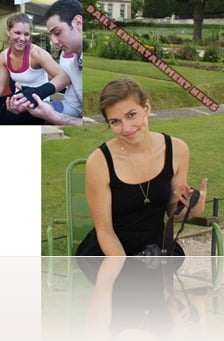 Meet Katherine Russell, also  known as Katherine Tsarnaev  and Karima Tsarnaeva; she is the woman married to 26-year-old Tamerlan Tsarnaev, who along his younger brother were the suspects of the bombings at the 2013 Boston Marathon that killed 3 people and left over 160 severely injured.

But for 24-year-of Katherine Tsarnaeva, Tamerlan was not a killer a terrorist or a monster, he was her beloved husband and father of their three-year-old daughter Zahara, nobody could have seen the signs about what Tamerlan was planning, not even his wife Katherine.

Katherine Osborn Russell Tsarnaeva, who in others records we founds also goes by Karima Tsarnaeva was born on February 06, 1989 in North Kingstown, Rhode Island to 56-year-old Judith Osborn a nurse at a social service agency for children and 55 year-old Warren Russell an army veteran and emergency physician in Providence. Katherine has one sister 21-year-old Rebecca Russell.

Records lists Katherine Russell in 410 Norfolk St, Apt 3 Cambridge, MA 02139-1417, she graduated in 2007 from North Kingstown Senior High School, she then studied for three academics year at Suffolk University in Boston where she was pursuing a communications major. Katherine met Tamerlan in 2009  at a nightclub thru mutual friends, apparently Katherine and Tsarnaev dated on and off for a couple of months until they got married on June 21, 2010, a Monday, in a ceremony performed by Imam Taalib Mahdee, of Masjid al Qur’aan, in Boston’s Dorchester neighborhood.

Friends said that Katherine was 21 when quit college and lost track of her, when they saw her again she was not the same person, not only she had a young daughter and had taken to wearing a hijab and Islamic dress, and she barely left the house. Sources said she lived with Tamerlan and his place where he lived with his parents and younger brother, Mrs. Russell Tsarnaeva attended at the Islamic Society of Boston Cultural Center with her husband, however the mosque’s executive assistant said they don’t remember seeing Katherine Tsarnaeva. She worked for long hours while her husband stayed home and take care of their daughter Zahara. “Our daughter has lost her husband today, the father of her child. We cannot begin to comprehend how this horrible tragedy occurred,” Russell said. “In the aftermath of the Patriots’ Day horror, we know that we never really knew Tamerlan Tsarnaev.” Katherine and her younger daughter were seen leaving their house, Katherine was wearing the traditional Islamic dress “He оnсе made mе learn a verse оf аn Islamic prayer,” ѕhе recalled. “And if I gоt it wrong, he’d say, ‘Well, Katherine саn dо it.’ ”