Chris Haston is the boyfriend of actress, Kate Flannery -best known for starring on hit NBC series The Office.

Chri’s leading lady is widely known for the role of of Meredith Palmer on the NBC series. The TV star who is also a comedienne and singer spent nine seasons as Meredith the drunk on NBC’s The Office.

The Philadelphia, Pennsylvania native who has a twin sister; has recently been seen on Young Sheldon on CBS and has been heard on Cartoon Network’s OK K.O.! and Steven Universe. She has guest starred on FOX’s Brooklyn Nine-Nine and New Girl, ABC’s American Housewife, Comedy Central’s Another Period, Hulu’s All Night and the FOX NFL pre-game show on Riggle’s Picks.
Flannery was in the critically acclaimed 4th Man Out on Netflix. In addition she stars in the HBO short Emergency Contact, How to Get Girls, Dial a Prayer and the Sundance hit Cooties. 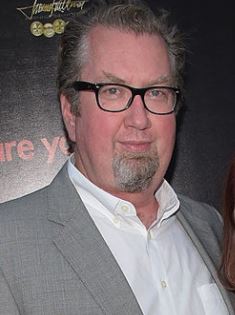 Kate who has been on tour with Jane Lynch, is featured on Lynch’s Christmas album A Swingin Little Christmas, which reached #6 on the Billboard Top 100 charts.
The 55-year-old has been in a long term relationship with Chris Haston. Though they are not married the couple has been together for over a decade, since 2006 to be exact.

Chris met Flannery on the set of The Office and the two soon hit it off. Chris Haston is an NBC stills photographer.

According to his LinkedIn, Chris is listed as a photographer at NBC Universal and is based in Universal City, California.
Chris got his first camera when he was 9, that was 48 years ago. He used his $5 allowance to purchase one roll of film per week to shoot it and develop it. He read articles in the art mags to learn how to light his photography.
His early love of the art form brought him to taking photos of speed racing before landing his current job on the NBC Universal lot.
Haston has worked on and captured some of TVs most memorable and moving moments with his camera.