Karl Reipen is a German multimillionaire who is making headlines for inviting total estrangers to live with him in what he calls his ‘paradise’ in New Zealand.

According to reports, Reipen has been posting advertisements in local newspapers looking for 10 people to share his property, Awakino estate -which features a winery, horse stables and sea views.

The story goes that Reipen bought the state after falling in love with the country in 2000.
He was given consent to buy the estate in 2000 by the Overseas Investment Office, which was satisfied that he could financially commit to working on and taking care of the land. It took him 10 years of hard work to build it to his current state.
Awakino estate is located on the west coast of the North Island and was last valued at NZ$8.5m (US$5.6m). The land, has been used by Reipen to breed and train German dressage horses.

Reipen who says adults up to 70 can apply -says on his adevertisment
“They could live in houses by two persons and share a beautiful winery for social meetings and dining. If you are interested to live a life with a group of interesting people it can be a new life for you,”
“You can enjoy walking, fishing, shopping, kayaking, bird watching, swimming or looking at the nice animals.” 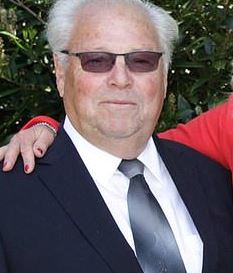 Karl Reipen made his fortune selling canned iced coffee, and has substantial business and property interests in New Zealand, as well as internationally. The iced-coffee mogul has a background in “international business” but has always enjoyed working on farms in Germany. In his hayday he worked in conjunction with major companies such as Nescafé and Coca Cola. He has been living in New Zealand since 2001.
Reipen is definitely one kind fella, in 2008 he bought another propety the Stratford Mountain House in Taranaki -and after giving it a luxury makeover he sold it and gave the money to charity. He also set tup the Karl Heinz Reipen Trust -which has given a lot of money to physically challenged people.
As well as the various business ventures, Reipen is also a top dressage horse breeder and in 2009 had two winners at the Horse of the Year show in Hastings, New Zealand’s biggest equestrian event.