Ian Jordan is the proud boyfriend of TV host and author, Karamo Brown -whom you probably know from Netflix series, ***** Eye.

Ian’s partner first appeared on TV after joining reality show, The Real World: Philadelphia in 2004. Since then, Brown who was born November 2, 1980 in Houston, Texas; has worked across various journalistic platforms, including CNN, HLN, and Huffington Post.

Brown graduated from Florida A&M University with a degree in business administration. He first garnered widespread attention in 2005 as a cast member on the MTV reality series The Real World: Philadelphia -this is particularly relevant since he became the first openly gay black cast member on a reality show.
More recently, he has served as the producer and host for the on-air news magazine Huffington Post Live and Netflix’s ***** Eye, as well as a contributor for Dr. Drew On Call on HLN. 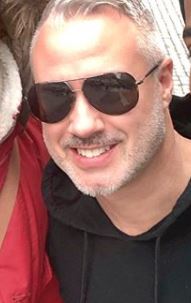 Brown -who is the father of two children -is currently engaged to longtime boyfriend, Ian Jordan. The two dated for at least eight years previous to their engagement in 2018. The couple got engaged in June when the reality star, 38, proposed at Jordan’s birthday party. The two first met outside a club in West Hollywood.

While Jordan isn’t an onscreen culture expert like his fiancé, he has been working behind the camera at some of the shows that defined your childhood. According to his IMDb profile, he spent some time as a talent coordinator for some true classics, such as Drake & Josh, All That, and Zoe 101.
After some time as a talent coordinator, Jordan moved into the director’s chair, serving as second assistant director for other beloved kids entertainment, such as The Suite Life of Zach & Cody, The Suite Life On Deck, and the Tia Mowry show Instant Mom.