Bo Tengberg is the boyfriend of Danish politician, Mette Frederiksen -the current Prime Minister of Denmark and leader of the Social Democrats.

Mette who was elected in June is the second woman Prime Minister in Denmark’s history. Mette became an official member of the Social Democrats’ youth branch at 15 and was appointed to her first position in parliament as Employment and Justice Minister at 24.
The now 41-year-old is also a divorcee, she was previously married to Erik Harr, a Direktør at FADL. The couple share two teenage children, daughter Ida Feline Harr and Son Magne Harr.

She is currently engaged and planning to be married to Bo Tengberg. Though her man is not into politics, he is a well-known figure in the entertainment world. 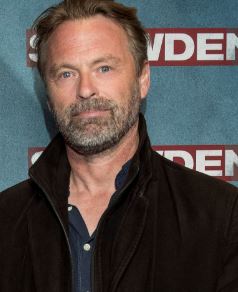 Bo Tengberg is a cinematographer and director in Denmark. He was born December 17, 1964; as Martin Bo Tengberg.

He became an advertising photographer in 1984 and was a freelance TV photographer from 1985 to 1991. He was trained as a film photographer at the Danish Film School 1991-95.
Bo Tengberg has, among other things, filmed Let’s Get Lost, Pizza King, On the Foreign Mark, The Wolf Girl Tinke, En som Hodder and a host of short and documentary films, short films and TV series. Bo Tengberg was educated as Manus Masterclass at The Danish Film School from 2010 to 2011.

He’s worked as a cinematographer on several films including The Killing, Angels in Fast Motion, and Mom Squad. His directorial debut, Wonderful Copenhagen, was released in 2018; in which Julie Christiansen plays the lead – the film goes completely close to the trafficking environment and on true stories of power, violence and oppression.

He was previously married to actress Trine Pallesen. The two separated in 2005.