Ulysses Blakeley was in a longtime relationship with none other than, Donda West –Kanyes West’s beloved mother.

Ulysses dated Donda and lived with her and son Kanye throughout most of the rapper’s childhood in Chicago. After her split from Kanye’s father Ray, she and Ulysses had a very close relationship even describing him as ‘the one.’

Their relationship was exposed in Donda’s 2007 autobiography Raising Kanye –in which she reveals Ulysses lived with them from when Kanye was three up until he turned 11. He and Donda split after she moved to China for work.

She passed in 2007, following a botched cosmetic procedure.

It was Ulysses who bought the mom and young son, their first home in Chicago, the same home where Kanye made his first makeshift recording studio.

Blakely has been speaking out to media for the first time, giving his input on Kanye’s married life. The 67-year-old has his own theory about Kanye’s meltdowns –putting the blame on his marriage to Kim Kardashian and even adding the famous rapper wouldn’t be married if his mother was alive. 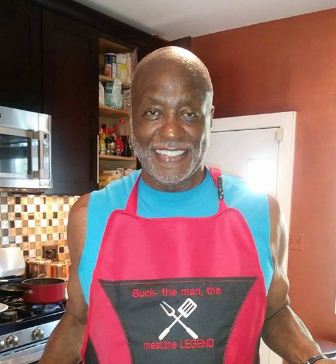 Ulysses Blakeley firmly believes Donda would have disproved of the West-Kardashian union and would have stopped the relationship exposing their incompatibility. Ulysses is honest in saying he doesn’t ‘see the Kardashian clan as emotionally intelligent’ and also points out the lack of ‘black experience’ of the famous reality TV show family –as one of the issues between the couple.

Blakeley told the Daily Mail, he is concerned and that Kanye must feel like a ‘prisoner in solitary confinement’ –due to the lack of friends and real family. He says Kanye is not hanging around the south side of Chicago or with any black folk in general –and that’s why ultimately according to Blakely, the rapper feels lonely and acts erratically, as a consequence. He puts the blame on his marriage to Kim and says she has isolated West from the black community.

Kanye’s stepfather, also spoke of how Kanye was a child-prodigy who had a slight speech impediment and that little Kanye couldn’t say the Z sound. However, he was offered a scholarship at a local college due to his drawing abilities. Ulysses also reveals him and Donda ‘installed into him (Kanye) an unshakable belief in his own talents’ –perhaps resulting in his ego.

Ulysses Blakeley was born on May 8, 1951. He currently lives in he lives in Chicago, IL. The last time he spoke to Kanye was on his mother’s funeral in 2007.

According to his social media, he went to Orange High School, Orange, New Jersey. He studied Electrical Engineering & Radio TV & Film at Northwestern University and worked at Blue Cross and Blue Shield of Illinois. He is currently married.