Summer Bunni is the other woman coming between superstar rapper couple, Offset and Cardi B.

As you probably heard by now, Cardi B revealed the couple is no longer together through a video on Instagram earlier this week. The shocking news was followed by the very first pictured of their baby daughter, Kulture –who was born nearly six months ago.

Though the news of their split has shocked the world, a source told E! News it wasn’t a surprise to those around them. Apparently the couple’s relationship was ‘up and down’ and though they worked through things in the past, ultimately Cardi lost trust in their relationship.

The I Like It rapper told her followers, “He’s always somebody that I run to to talk to and we got a lot of love for each other but things just haven’t been working out between us for a long time and it’s nobody’s fault.”

Offset, real name Kiari Kendrell Cephus and Cardi B, born Belcalis Marlenis Almánzar –tied the knot in a secret ceremony and were married for a year before announcing their split.

And though Cardi said it was nobody’s fault on her Instagram announcement, it looks like somebody is feeling a little guilty. In fact, a woman identified as Summer Bunni has gone onto issue a tearful apology to Cardi B –assuring her, she and Offset haven’t been together since she gave birth to Kulture. 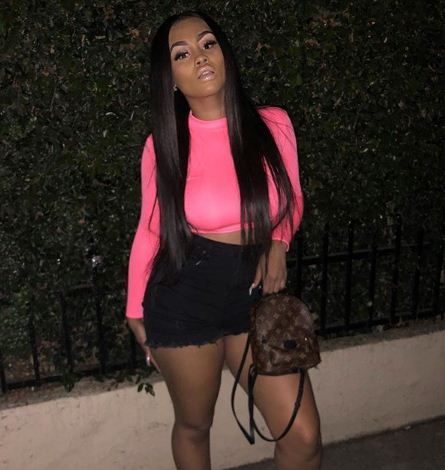 Summer Bunni came forward in a video sent to TMZ, saying she never meant to ‘break up a happy home.’  The voluptuous model says she has never spoken directly to Cardi but says she wishes to address the type of woman she is at heart by acknowledging the cheating and separating herself now from the situation.

20-year-old Summer Bunni is quite popular on social media considering she only began posting in 2017. She currently has over 46k followers on Instagram –where she often shares her modeling snaps.