Aurora Perrineau is an actress and a sexual assault victim who was accused of falsifying her rape accusation.

Aurora filed a police reports in November of 2017, accusing producer Murray Miller of sexual assault. She told police the incident had happened in 2012 –when at the time she was 17.

At the time, fellow actress, Lena Dunham fiercely defended Miller and accused Aurora of falsifying her rape accusation. Though the district attorney declined to file charges against Miller, at least Dunham has come forward in apologizing to Perrineau for accusing her of lying about her sexual assault experience.

She was born Aurora Robinson Perrineau, on September 23, 1994; to parents Harold Perrineau and Brittany Perrineau. Aurora followed into her parent’s footsteps by pursuing a career in acting and modeling. Her father is well known for a number of TV projects and films, including Lost, The Matrix, Oz, Sons of Anarchy, Zero Dark Thirty, The Edge, among others.

Her mother, is a former model who also has a number of acting credits including, Lost, Saving Face and Your Name Here. 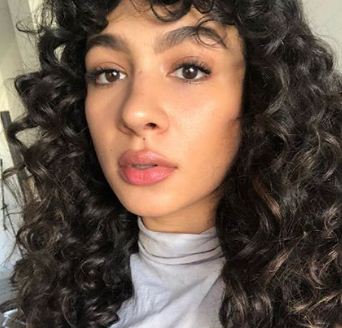 Aurora is the oldest of the couple’s three daughters; her sisters are, Wynter Aria, born in May of 2008 and Holiday Grace, born in 2013.

One of Aurora’s earliest credits was in a 2011 episode of the hit ABC Family series Pretty Little Liars. She is perhaps best known for her starring role in the 2015 film Jem and the Holograms. She also made regular appearances on the series Chasing Life. In addition to her screen work, she’s also appeared in a number of stage plays including Rent, Out Town, and Rainmaker. Other film credits include, Air Collision, Passengers and most recently the 2018 film, Truth or Dare.

Aurora is active on social media, where she has over 25k followers. Check her out on Instagram here.