Marissa Rodriguez is the devastated wife of NY negligent father, Juan Rodriguez -who has been charged with the tragic death of the couple’s twins.

Marissa’s husband was charged with manslaughter after he left his twin daughter babies inside his car all day. One-year-olds Luna and Phoenix died asphyxiated by the heat following their father’s negligence on July 26.
39-year-old Juan -an Iraq veteran, was hit with two counts of manslaughter and two counts of criminally negligent homicide. According to reports, Marissa’s husband may not go to trial -despite the fact that he left his twin toddler to die while he went to work for eight hours at the Bronx V.A. Hospital.

The babies were found unconscious and foaming at the mouth in their car seats inside Rodriguez’s sweltering Honda Accord in the Bronx. Juan told police he forgot about them, saying he though he had actually dropped off the tots at daycare.
Juan who attended grad school at SUNY Albany -holds a master’s degree in social work. 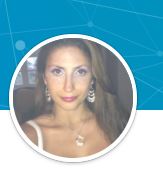 Following the tragic incident, Marissa Rodriguez has defended her husband calling him a ‘great father’ The couple are also parents to a son, 4-year-old Tristan. Juan Rodriguez is also the father of two older kids, ages 16 and 12 -from a previous relationship.

Marissa Rodriguez has been supportive of her husband following the tragedy. She has spoken out defending him “Though I am hurting more than I ever imagined possible, I still love my husband” “This was a horrific accident, and I need him by my side to go through this together.”
Her husband is out on a $50,000 cash bond.

Marissa Rodriguez also known as Marissa Quattrone works in marketing at Empire City Casino. Accoridng to her LinkedIn, she is a Tourism & Travel Marketing Sales Manager.
She attended both Gorton High School and the Ursuline School. In addition she holds a Bachelor of Arts in Sociology from SUNY Binghamton.
Prior to Empire City Casino she was a Coordinator for TLC Laser Eye Centers.
She states she is a skilled in negotiation, marketing management, budgeting, reporting, travel and tradeshows, expos, events (attending and managing), advertising, bus company affiliations, hotel affiliations, insurance, COIs, legal and NYSDOT regulations.