Oana Gregory is the actress girlfriend of actor and model, Josh Henderson –who was recently arrested on burglary charges.

Oana’s leading man is said to have spent several hours in jail after his arrest and then posted $50,000 bail. According to reports the 37-year-old is said to have burglarized his neighbor’s home. According to TMZ, the victim reported around $7,000 worth of jewelry missing and claimed surveillance footage showed Josh and two other stealing.

Josh is denying any involvement and is fully cooperating with authorities. Sources say he may have been mistakenly identified –by one of the neighbors who was hit and said he recognized Josh’s jaw line.

The 37-year-old –who is also a singer, is best known for a number of TV roles including portraying John Ross Ewing on the TNT revival of Dallas, as well as Austin McCann on the television series, Desperate Housewives.

He’s been dating fellow actor, Oana Gregory for a while now. 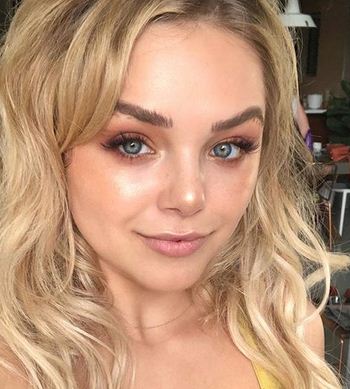 Romanian born beauty, Oana Gregory is a Disney actress –who had her breakout role in the 2009 Nickelodeon series Olivia. She gained famed in Disney productions like Kickin’ It, Lab Rats and Crash & Bernstein.

Gregory moved from Romania to Los Angeles at age six and attended high school in Chicago. The blonde became interested in acting while in her teens and soon after earned her first acting role. She has an older brother named Dorel.

The 22-year-old and Josh have been dating for nearly a year. He isn’t very vocal about the relationship but Oana often posts romantic pictures of the two on her social media page –where she has a decent following of over 55k.