Their son has spent the last 17-years behind bars as one of the first American-born detainees in Afghanistan during the early days after the September 11 attacks. At the time, he was convicted of terror-related charges and was given a 20-year sentence but on Thursday he walked out of a federal prison in Terre Haute, Indiana –as part of a growing group attempting to re-enter into society. The now 38-year-old received three years off for good behavior.

John born Feb. 9, 1981 –to Frank Lindh & Marilyn Walker, the middle of three children –took an interest in Islam at a young age, converting to the religion at 16 and moving to the Middle East to learn Arabic after finishing high school. With the support of his parents he went to Yemen to study Islam and Arabic and then went on to Pakistan in 2000. The following year, he crossed the border to Afghanistan to volunteer as a Taliban soldier. 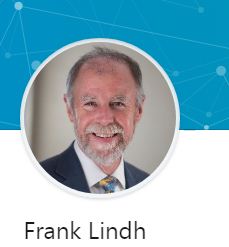 Frank Lindh graduated from Georgetown Law and worked for the Justice Department in Washington prior to moving his family to San Francisco. He served as law clerk to the Solicitor General of the United States, during the Supreme Court’s 1984–1985 term.

Frank Lindh is an adjunct professor at the University of San Francisco –where he teaches energy law. According to his profile, he is the retired general counsel of the California Public Utilities Commission and currently a solo practitioner. He’s been a practicing lawyer in the field of energy law for over three decades.

Marilyn Walker is a home health care worker based in San Francisco. At the time of John’s capture Marilyn described her son as a “sweet, shy kid” who had gone to Pakistan with an Islamic humanitarian group to help the poor. “If he got involved in the Taliban, he must have been brainwashed,” Marilyn Walker told Newsweek.