Josephine Archer Cameron is the daughter of veteran actress, Linda Hamilton –well known for playing the iconic role of Sarah Connor in the Terminator franchise.

Her mother was born September 26, 1956; a Salisbury, MD native, Linda and twin sister Leslie, were raised by their mother and police chief stepfather along with an older sister and a younger brother. Her birth father who was a physician died when she was five.

Linda attended college in Maryland for a while before moving to NY to pursue an acting career. She attended acting workshops taught by Lee Strasberg.

Prior to Terminator Linda was already a well-known face. She made her acting debut on TV in Secrets of Midland Heights and made her big screen debut in the thriller TAG: The Assassination Game for which she made the list of one of twelve “Promising New Actors of 1982”

Additional credits include Children of the Corn, Black Moon Rising, Terminator and Terminator 2: Judgment Day. From 1987 to 1989, she played Catherine Chandler in Beauty and the Beast.

Linda has been married and divorced twice. She married Bruce Abbott in 1982, and the couple had a son named Dalton in 1989 before divorcing later that year. She and Terminator director James Cameron, began dating in the early 90’s. She gave birth to their daughter Josephine in 1993. The two were married from 1997 to 1999.

Josephine Archer Cameron was born February 15, 1993. In addition to her half-brother Dalton on her mother’s side, Josephine also has three other half siblings, Elizabeth, Claire and Quinn Cameron –born from her father’s marriage to long time wife, Suzy Amis Cameron. 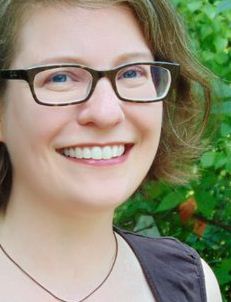 Josephine Archer Cameron is super private and not much is known about her. She is not to be confused with Josephine Vodicka Cameron (pictured above) who writes fiction for children and teaches music and songwriting to K-8 students. This Josephine received her MFA in creative writing from the University of Notre Dame and has her own website.

Perhaps now that her 62-year-old mother will reprise her most famous role in Terminator: Dark Fate, we will see more about Josephine Archer Cameron.