Carly Wilson is the name of the nanny who allegedly had an affair with employer, Jim Edmonds -the former MLB star turned TV personality and sports broadcaster.

Carly is apparently the main reason why Jim Edmonds and wife, Meghan King are currently in the middle of divorce. However, the couple has been facing major issues. King, a Real Housewives of Orange County cast member, and MLB legend husband, made headlines over the summer when news of his text message affair hit the web. Jim was caught sending inappropriate photos and videos to another woman. The scandal involved Jennifer McFelia Villegas, also known as the “Baseball Madame.”

At the time the couple began attending couple’s counseling with hopes of getting to a better place. However things took a turn for the worst when Jim filed for divorce from Meghan just one day after their five-year wedding anniversary.
According to an October 25 report from Us Weekly magazine, the filing came after a heated argument at their St. Louis home. During the argument, Meghan accused him of cheating with nanny, Carly Wilson.
Meghan and Jim tied the knot in 2014, they share three kids, Aspen, 2, and 1-year-old twins Hart and Hayes. 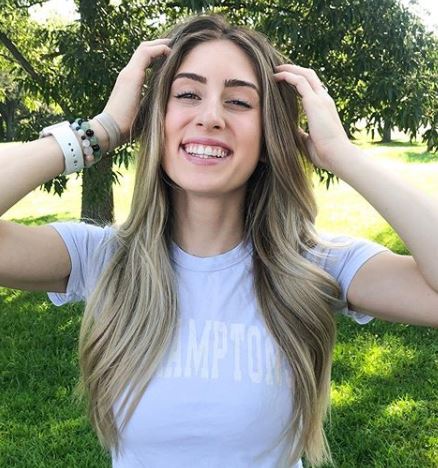 Carly Wilson who until recently cared for the couple’s children -has denied the affair. In fact, Jim who also denied the affair and called it disgusting -not only defended her but also referred to her on Instagram as a ‘daughter’ he wrote
“She’s not just a nanny, she is someone that we brought into our house and promised to protect and look after while she was in our home. We have been treating and raising this young girl like she is our own child.”

22-year-old Carly Wilson is originally from St. Louis, she is a member of the Church of Jesus Christ of Latter Day Saints. In addition to being a nanny, the pretty blonde runs her own blog called, Life with Carly.
According to her LinkedIn, Carly Wilson is currently working on a Bachelors degree in Psychology with a certificate in Public Relations.
She is currently a full time student at University of Missouri -Saint Louis. Interestingly and judging by her social media, she seems to be in a current relationship with a guy named, Eric.