Meet pretty Jenny Gillespie, she is known as Mrs. Andrew Mason and he was until this day Groupon’s CEO, why? because he was fired! but let’s learn about his wife Jenny, shall we? 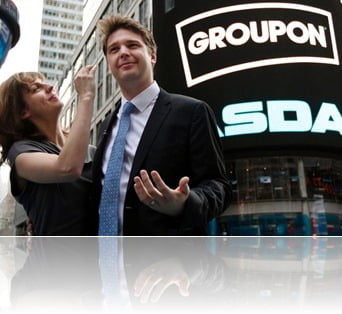 Andrew Mason, from Mt. Lebanon, Pennsylvania graduated from Northwestern University in 2003, he was the mastermind in the creation of Groupon but it was thanks to his former employer Eric Lefkofsky who provided him with  $1 million in seed money after he got interested in Mason’s idea.  We are all very aware of what Groupon became and we all heard today that Mason was fired from his own company, last December he was named Worst CEO Of the Year.

After four and a half intense and wonderful years as CEO of Groupon, I’ve decided that I’d like to spend more time with my family. Just kidding – I was fired today. If you’re wondering why… you haven’t been paying attention. From controversial metrics in our S1 to our material weakness to two quarters of missing our own expectations and a stock price that’s hovering around one quarter of our listing price, the events of the last year and a half speak for themselves. As CEO, I am accountable. 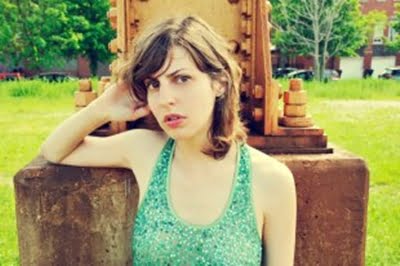 32-year-old Jenny Gillespie was born in Springfield, Illinois she began to play the guitar at age 13. She studied at the University of Virginia, University of Texas Austin and ultimately graduated from Warren Wilson College.