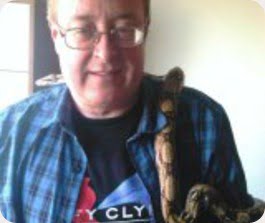 The so called the “Cannibal Cop”, Gil Valle, who planned to kidnap, rape, kill, and eat at least 100 women, had a British “mentor” named Dale Bolinger, who allegedly inspired the 28-year-old cop to eat his victims alive.

New York City policeman Gilberto Valle, charged last October, met his British contact on an extreme sexual fetish website. He called himself MeatMarketMan and Moody Blues on the internet and communicating by email with police officer Valle in New York. Bolinger claimed to have eaten two women and a 5-year-old child. He also said:

“I think of it as eating her to death”.

Bolinger, along with another 30-year-old unnamed man, were arrested over an international cannibal plot, on suspicion of conspiracy offences, grooming and possessing images of child abuse. Both are on police bail and Bolinger has been suspended from his nursing job by East Kent Hospitals University NHS Foundation Trust.

Dale Bolinger became a “mentor” to Valle and gave him advice on how to batter a woman with a baseball bat and tips on cannibalism. In online conversations, Bolinger told Valle that he had a recipe for “haggis” made from human lungs and stomach, and said feet were “a favorite” delicacy.

“(female flesh) isn’t quite like pork, but very meaty … I’ve eaten a black woman and a white person.”

57-year-old Dale Bolinger is a male nurse from Canterbury, England, who is said to work at a Kent hospital and lived in Davidson Road. He qualified as a nurse in 1979.

Valle’s discussions were discovered after his wife and mother of his baby daughter, Kathleen Mangan, found the material on his laptop and handed it to the FBI.

Valle was charged with conspiracy to kidnap, and using police databases to make a list of targets, allegedly of women he planned to kill, cook and eat. He said he was “dying to taste some girl meat” and talked about killing his wife. Also he had discussed having “girl meat” for Thanksgiving. No women were actually harmed.