Analissa is the name of the teen who allegedly became the victim of abuse by Russell Taylor, the former head of Fogle’s children’s charity! Analissa is the first victim to come forward and talk about what she went through!

A few months later, in July, the FBI conducted a search at Fogle’s Zionsville, Indiana, residence, as part of the child **** investigation. Soon after, the once Subway pitchman, who inspired many –plead guilty to one count of distribution and receipt of child ****ography and one count of traveling to engage in illicit sexual conduct with a minor.

The brave Analissa stepped up to talk about the alleged abuse and appeared on an episode of Dr. Phil reports say. According to her own recount of facts, Analissa was just 14 when she first became involved with the charity.

She revealed she was groomed and manipulated by Russell Taylor. She spoke of how Taylor used hidden cameras to film her when she was just 14 years old.

Analissa also said she felt ‘brainwash’ she was absolutely convinced by age 16, she and Taylor would engage in sexual intercourse.

The now 16-year-old said she came forward after listening phone recordings in which Fogel speaks of his attraction to young boys and girls. 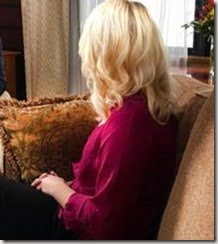 The child *** scandal was taken to another level when a former journalist by the name of Rochelle Herman-Walrond recorded phone calls while talking to Fogle’s disturbing acts. She worked with the FBI for 5-years to unmask Fogle.

After listening the phone conversations between Rochelle and Fogle, Analissa felt compelled to speak out for herself and the other victims.

Since confessing to his crimes, Fogle has been under house arrest while wearing an electronic tag.
The disgraced Subway king, is facing up to 12 and a half years behind bars when he is sentenced on November 19.