Angelika Graswald has bee charged with the murder of her fiancée! The 35-year-old woman was kayaking with her fiance Vince Viafore in Poughkeepsie, when his kayak sunk, killing him.

She has been charged in his murder and is awaiting her trial. In a 20/20 interview the blonde, Angelika Graswald claims she is innocent of any wrongdoing but allegedly confessed after being pressured by police.

Angelika Graswald came to the U.S. in 2000 to work as a nanny but she decided to stay. She met Vince Viafore in 2013 and just a few months after meeting she moved in with him and soon got engaged.

Fast forward to the present year. Back in April, prosecutors said, Angelika Graswald pulled fiancé Vincent Viafore’s paddle away and watched as he drowned in the cold waters of the Hudson River on 19 April. She allegedly wanted Viafore dead for his life insurance.

Angelika proceeded to call police to report her fiance vanished after his kayak capsized on the Hudson River outside New York City. The blonde –who is originally from Latvian –then told police conflicting stories while his body remained missing. 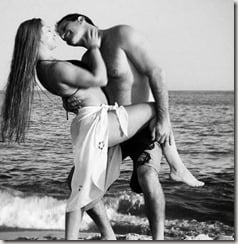 On April 19, Angelika Graswald and Viafore left in separate kayaks from Plum Point. Viafore allegedly held on to his kayak for about 5-10 minutes before it capsized.

Angelika watched the whole thing but called police about 20 minutes later. She told reporters at the time, “I saw him struggling a little bit. He was trying to figure out how to paddle the waves because they were getting crazy and, then I just saw him flip.”

Viafore’s body was discovered in the Hudson River near the Cornwall Yacht Club on 23 May.

Inconsistencies in Graswald’s statements led to her arrest. According to CBS New York, Police initially believed Viafore died of an accidental drowning as he returned from a trip to Bannerman Island. But later, prosecutors formally indicted Graswald with second-degree murder and second degree manslaughter –after it was revealed she allegedly tampered with Viafore’s kayak, removing a plug from the vessel, causing it to fill with water. 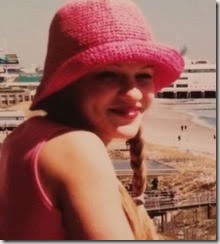 According to prosecutors, Graswald knew she was the beneficiary of two life insurance policies belonging to her 46-year-old fiancé, which combined were worth $250,000. They describe the motive for the murder as dissatisfaction in the relationship. 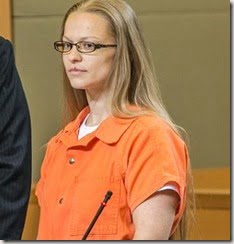 Angelika Graswald has kept her innocence and her lawyer claims his client’s statements to police were coerced. Things are not looking very good for the Latvian born woman. Back in September the Daily Mail reported she was kept in an interrogation room for 11-hours and allegedly said she ‘wanted him dead.”

The outlet also reported experts, believe Angelika Graswald was manipulated into confessing. Can you say Jodie Arias? She is being held in the Orange County Jail in New York on a $9 million bond.

Did Angelika Graswald did it or not? What do you think? Comment below!