Jennifer Holland is the proud girlfriend of movie maker and actor, James Gunn –perhaps best known for his work on Marvel’s Guardians of the Galaxy Vol’s 1, 2 and 3.

Jennifer’s boyfriend was born August 5, 1966 in St. Louis Missouri. He is one of six children, five boys and one girl –born to James F. Gunn, an attorney and mom, Leota.

He and his brothers attended the Jesuit St. Louis University High School. He earned a Bachelor of Arts from Saint Louis University and a Master of Fine Arts from Columbia University in 1995. From a young age he was incluenced by low-buget films and became interested in movie making.

As a young adult he was also a member of music band called The Icons. After one album, the band split in the mid 90’s. Since then, he’s continued to work in music and also found success with his screenplays.

He wrote the screenplay for the Scooby-Doo movie in 2002 and its 2004 sequel Scooby-Doo 2: Monsters Unleashed and also wrote the script for the 2004 horror film Dawn of the Dead. He made his directorial debut with the 2006 feature Slither. In 2014 he helmed the blockbuster, Guardians of the Galaxy.

Gunn has been in a three-year relationship with stunning actress Jennifer Holland. Prior to Holland, he was married to actress Jenna Fischer from 2000 until 2008. 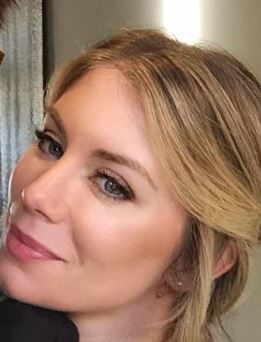 Jennifer Holland and Gunn were set up on a blind date by a mutual friends in 2015. According to an Instagram post celebrating their third anniversary –Gunn says that by the time they were driving to their dinner date they had discussed ‘thoughts on marriage, having children, and psycho exes.” As they entered the restaurant while waiting to be seated, they ‘discussed the deaths of loved ones. Intimate, honest, casual discussion was the natural energy’

By the end of the evening, Gunn finishes the post saying ‘I knew she was very different from anyone I had ever known’

Holland is a 31-year-old Chicago native who according to her IMDb page has had a number of roles including; American Pie Presents: The Book of Love, American Horror Story and most recently –Sun Records.

Recent reports say Jennifer’s boyfriend was fired by Disney from the directing gig of Guardians of the Galaxy Vol. 3 set to hit theaters in 2020.