Ayub Ali a North Lauderdale businessman, a father and husband –was killed earlier this week in a senseless robbery.

Ali of Bangladeshi origin was shot and killed during a robbery which took place at the grocery store he owned.

Survaillance video of the scene shows that a man walked inside Aunt Molly’s Food Store in North Lauderdale –where Ali was working –and took money from the cash register and left. Moments later the man returned and shot Ayub Ali. He was taken to a nearby hospital but died of is injuries.

Ali was previously in the news, two of his four children to be exact, survived when a gunman rampaged through their high school in Parkland, Fla., in February, in an attack that killed 17 people. His two teen-age children, Rahat and Elama were among the lucky ones who made it through the ordeal at Marjory Stoneman Douglas High School a few months ago. 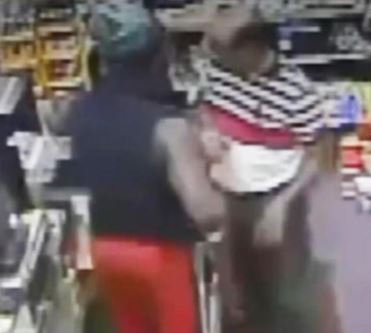 He and his family were notorious members of the Bangladeshi community and gathered at the Jamaat Al Mumineen mosque in Margate. The 61-year-old grocery store owner was known as a regular volunteer at social and cultural events.

According to close friends, Ayub Ali came to the US about 20 years ago from Bangladesh. He grew up in the village of Nanupur, on the outskirts of the southeastern city of Chittagong. He worked hard with partners in the grocery business until he was able to strike out on his own and purchase his store. He is remembered as a generous man who met everyone with a smile.

Friends and customers created a memorial on his behalf.