Congratulations are in order for the lovebirds who got engage on Christmas Eve. The two have been dating since last year. Despite their 16-year age gap, it seems the guitarist and the model are headed to the altar and there’s no stopping now.

This would be her third marriage. Klum was first married to Ric Pipino from 1997 until 2002. She then began dating Italian Flavio Briatore from whom she became pregnant with her first child, Leni.

She then married singer Seal, and the two welcomed three kids together; sons Henry and Johan and daughter, Lou Sulola. The mom of four, divorced Seal after 10 years in 2014. After her divorce from Seal, she dated art dealer Vito Schnabel, 32, for three years.

Tom is no stranger to marriage, he was in fact divorced earlier this year, some reports say. Kaulitz tied the knot to German model, Ria Sommerfeld in 2015. The two began dating in 2011 and were married for a little over a year until Tom filed for divorce citing irreconcilable differences. 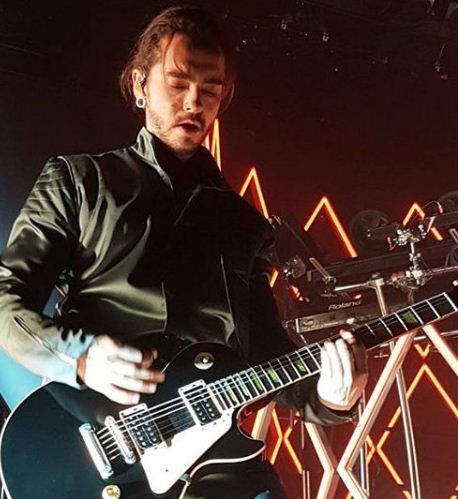 Born September 1, 1989 in Leipzig, Germany; he is best known for his career in the music industry. Tom and his brother Bill Kaulitz –are identical twins born to parents Simone and Jorg Kaulitz.

The bros are founding members of the rock band Tokio Hotel. While Bill does all the singing, Tom is in charge of the guitar playing. The band has been active since its formation in 2001.

The lead guitarist is s ten minutes older than his twin brother, Bill. Their parents separated when they were seven and her second husband, Gordon was a huge influence in their decision to pursue music.