Alex Fine is the new man in the life of model, actress, dancer and singer Cassie Ventura, known only as Cassie.

In addition to her work as a performer, Alex’s famous girlfriend has also been known for being in an on and off relationship with rapper, producer and entrepreneur, Sean Combs –which began around 2007 and apparently ended sometime last October. The two reunited just last month following Kim Porter’s tragic death; however the reunion seems just for moral support.

Born Cassandra Elizabeth Ventura on August 26, 1986; the Connecticut native appeared in Seventeen Magazine when she was sixteen years old, represented by Wilhelmina Models. The singer then branched out into acting. As an actress, she played Sophie Donovan in the movie Step Up 2: The Streets; and is well known for her 2006 hit single “Me & U.”

Cassie and former flame, Sean Combs –went public with their relationship in 2012 after years of speculation. It was reported back in October the two had split months ago. 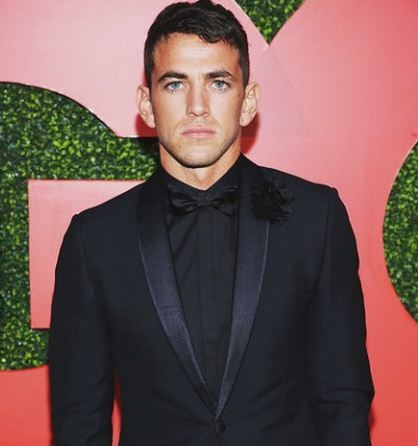 Alex Fine is a fitness and health guru who literally makes justice to his last name. Fine was born March 12, 1993; he attended Central Michigan University –where he was a D1 football player.

The stud who is also a bull rider, is the founder of Alex Fine Performance in Los Angeles. He has been a personal trainer to elite athletes and high-profile actors.

25-year-old Fine worked with powerlifting king CT Fletcher then Jason Walsh and decided to get into the field, he is now known for his ability to tailor programs that get results.