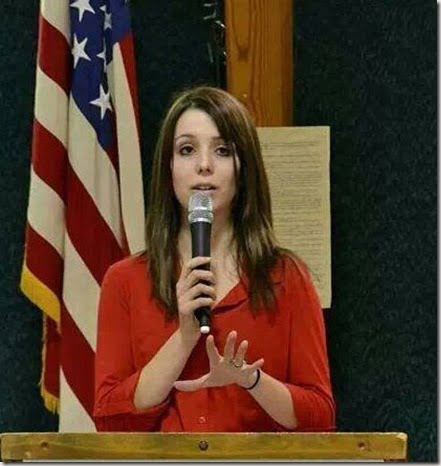 Affair alert! Gia Arnold, the Republican candidate in the New York state senate race is bowing out of the New York Senate race for the seat currently held by George Maziarz. The reason? Is pretty scandalous!

Apparently the politician mom of three, wife, gun owner 24-year-old dropped of contention due to an extramarital affair she conducted.

She made the announcement on her social media account on FB, owning it to a pretty fierce extent after writing she was happier! 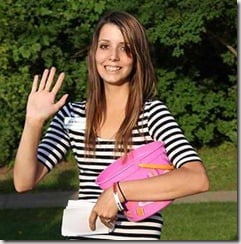 I have made personal decisions that have ultimately resulted in the necessity of my stepping down from the campaign.

I participated in an extramarital affair beginning in August of this year. It was an excuse for an escape from an already declining marriage. I cannot regret the decisions I have made, but I can admit to being happier presently than before. 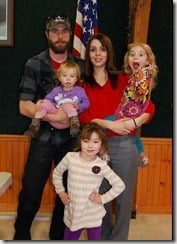 It is for my ex husband, my children, my family and friends that I must publicly admit to my actions as I believe honesty and integrity are of utmost importance in life.

Spent the day collecting signatures with my favorite guy, Jeremy (my husband.) Lucky to have his support and dedication.

Speaking to the Daily News, Arnold said that she is still in a relationship with the person she had the affair with, in other words she apparently fell hard for her lover! The native of Holley, New York was running as the Republican “non-establishment” choice.

On her Facebook page, Arnold identifies herself as a “Libertarian, Republican Tea Party, Conservative.” She also says she’s a Christian and in 2013, she was voted the Outstanding Citizen Award for Orleans County. On July 27, she called New York Governor Andrew Cuomo an “American Tyrant.”

She has been heavily campaigning since the beginning of the year. 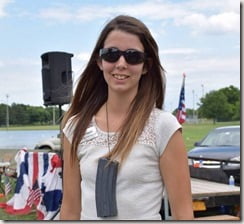 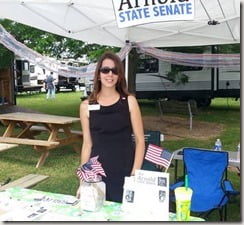 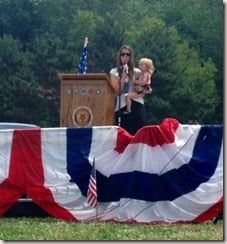 Now, she can rethink that message she sent to New York Governor, Andrew Cuomo earlier this year 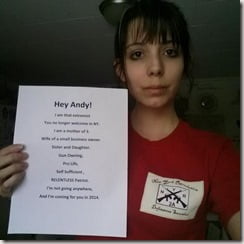 “Hey Andy! I am that extremist you no longer welcome in NY. I am a mother of three. Wife of a small business owner. Sister and Daughter. Gun Owning. Pro life, self sufficient, RELENTLESS patriot. Im not going anywhere And Im coming for you in 2014”

According to her voting page, there are many issues that Gia wanted to address in office including “High Taxes, Personal Freedom, and Common Core are just a few of the major topics in which she wants to make a significant change”

Arnold also revealed she moved to Lockport this week after breaking up with her husband. The couple and their three children previously lived in Holley, Orleans County. She attended Penfield High School and Joseph C.Wilson Magnet High School in Rochester NY,; graduating in 2007.

How do you think this will affect her career?

You can find both her Facebook personal account here –where she is already listed as “separated” and her FB page here. You can also find her on Twitter here and here.