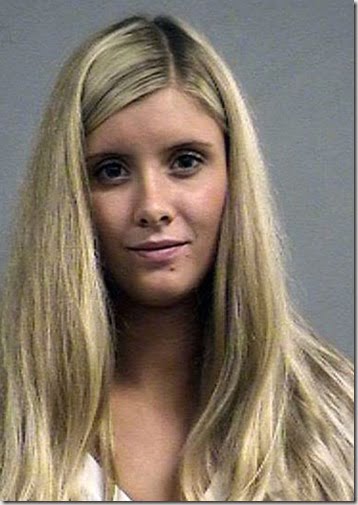 Can you imagine the young lady above (mug shot) being accused of an atrocious thing?? You might want to think twice!

Former MTV reality star Madeleine Cornish from Louisville Kentucky is being charged with animal cruelty and tampering with physical evidence, a felony.

Madeline came into the limelight a few years ago when she was part of the cats as one of the girls of MTV’s Baby High. She was a senior and was five months pregnant at the time, remember her now? 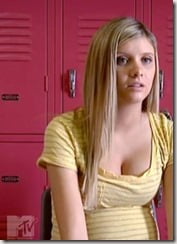 Don’t beat yourself up, most of us don’t, the show was rarely seen. 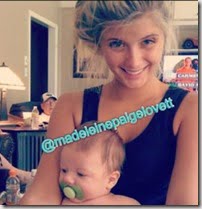 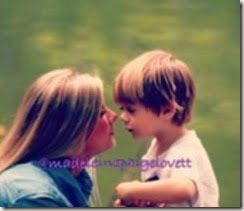 Back in 2010 Baby High first aired as a one-hour special that profiles four students enrolled in TAPP (Teenage Parenting Program) at the Westport school (or Westport Alternative High School) in Louisville. 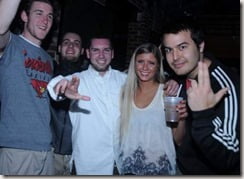 At Westport Tapp, school buses come equipped with baby seats, there’s onsite daycare & health clinic, parenting classes are on the curriculum. With teen pregnancy rates on the rise, and the consequences often devastating, TAPP is designed to give the teens – who otherwise would most likely dropout – a chance to stay on course and graduate despite the fact they’re becoming moms at such a young age. 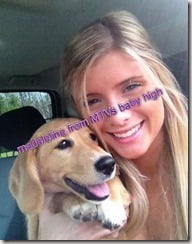 The now 22-year-old blonde mother of one, was in the process of moving when she intentionally abandoned her mastiff puppy! Who has the heart?! To do something like this!

The details get worst; Police found “Benson” –the name of the puppy –son malnourished that he ranked the lowest number possible on the body condition scale used by veterinarians. 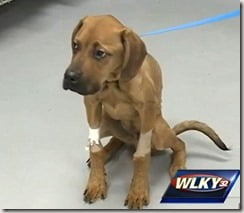 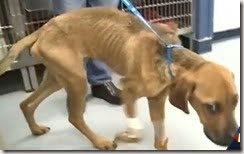 According to police reports, Benson, was left for over three weeks without food, water or care. When Cornish returned to the house, Benson was severely malnourished and dehydrated.
Instead of taking the puppy to get treatment, Cornish dropped Benson in the 300 block of S. Ewing Street in an attempt to avoid prosecution.

Benson is believed to be five or six months and was found wandering around the Clifton neighborhood on July 10. Benson has been known as Hank since he has been in the care of the Arrow Fund; the pup is expected to survive but the fellas at Arrow Found are not sure it there will be repercussions long-term.