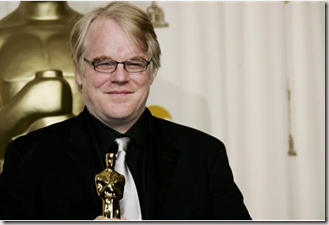 Hollywood is mourning the death of Oscar-winning actor Philip Seymour Hoffman who was found dead of an apparent ****** overdose; with a hypodermic needle still stuck in his arm, inside a Greenwich Village apartment on Sunday.

Mr. Hoffman’s survivors include his parents and a brother, Gordon (Gordy) 48, and two sisters, Jill Hoffman DelVecchio and Emily Hoffman Barr; his longtime partner, Mimi O’Donnell, a costume designer who is the current artistic director of the Labyrinth Theater Company; and their three children, Cooper, Tallulah and Willa. 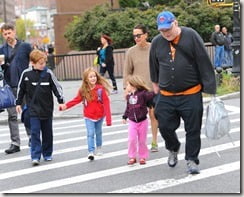 Jill who was older than Philip is in her 50’s and Emily is younger. Their mother, the former Marilyn Loucks, is a former family court judge. Their father, Gordon, worked for the Xerox Corporation. Their parents, who divorced when they were young, survive him. In his acceptance speech at the Academy Awards in 2006, Emily and Jill’s brother, Mr. Hoffman thanked many people, but in particular their mother, now known as Marilyn O’Connor, who attended. He thanked her for raising him and his three siblings on her own and for taking him to see his first play. 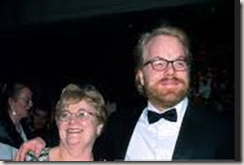 According to records online, Jill Hoffman Studied at Nazareth College of Rochester. She attended Utica College for her BA in Developmental and Child Psychology. She  has worked as a Ambulatory Patient Representative Opd Pediatrics for the University Rochester and is currently a Social worker for Stepping Stones Learning Center. You can see her LinkedIn profile here.

Their brother notable film roles included one of two brothers (Ethan Hawke was the other) who contrive to rob their parents’ jewelry store, a crime that goes grotesquely wrong, in Sidney Lumet’s 2007 thriller “Before the Devil Knows You’re Dead”; the renegade rock critic Lester Bangs in Cameron Crowe’s “Almost Famous” (2000); a rogue disc jockey in “Pirate Radio” (2009); and the campaign manager of a politician in “The Ides of March” (2011).

His principal works in progress were “The Hunger Games: Mockingjay Part 1” and “The Hunger Games: Mockingjay Part 2,” in which he plays the head game-maker Plutarch Heavensbee. He had largely finished on the first film, but was scheduled for seven more shooting days on the second, according to a person who was briefed on the situation and spoke on condition of anonymity because of confidentiality strictures.

Our prayer and condolences for the Hoffman family. RIP Philip Hoffman.