Dimitri Rassam is the husband of Charlotte Casiraghi—who is Princess Grace’s granddaughter; daughter of Caroline, Princess of Hanover; and 11th in line to the Monegasque throne.

Congratulations are in store for the couple, they tied the knot over the weekend. The couple held a civil ceremony on June 1 at Prince’s Palace in Monaco and the festivities resumed over the weekend for the extravagant affair held at the Abbaye Sainte-Marie de Pierredon in France.
But just who is the man who wedded Grace Kelly’s granddaughter, Charlotte Casiraghi? Check out his top facts. 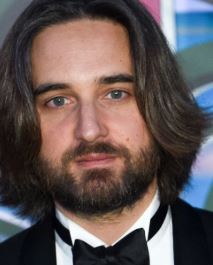 #1 He is the son of French actress Carole Bouquet

Dimitri Rassam was born November 16 1981 to the actress Carole Bouquet and producer Jean-Pierre Rassam. After losing his father in January 1985, he was raised by his mother and her new partner, the photographer Francis Giacobetti, and grew up with a little brother who was born in 1987.

#2 He is a film producer

Having grown up in Paris in a background awash with culture, particularly cinema, as a young man, he began to study for a history degree before turning towards his real passion: cinema. He followed his father’s footsteps when he started his first production company, Chapter 2, aged 23.

Rassam is behind films including What’s in a Name?, The Informant, Daddy or Mommy, and Nobody from Nowhere. With Escobar: Paradise Lost, he made his mark worldwide with a film in which Benicio Del Toro plays an uncannily realistic Pablo Escobar. In Trouble at Timpetill, Bad Girl and Free Exchange, Dimitri Rassam worked with his mother, Carole Bouquet.

#4 He was previously married

The 37-year-old has had a number of relationships, in 2010 he married Victoria’s Secret model Masha Novoselovan, in St Petersburg. He and Charlotte Casiraghi began dating sometime in 2017. The couple formalized their relationship appearing together in Monte Carlo at the Bal de la Rose in March 2018.

Dimitri and first wife, Masha became parents in 2011 with the birth of their daughter, Darya. He and Charlotte welcomed a son, Balthazar in 2018.