Michael de Adder is an Editorial cartoonist who until recently worked at BNI but was fired following a controversial Trump illustration.

De Adder, a veteran cartoonist in Canada released a cartoon depicting U.S. President Donald Trump playing golf next to the bodies of two migrants which went viral. He believes he was let go from BNI over the provocative cartoon featuring Donald Trump.
He had worked at Brunswick News Inc. -which is privately owned by the Irvings, one of Canada’s richest families. Check out his top facts. 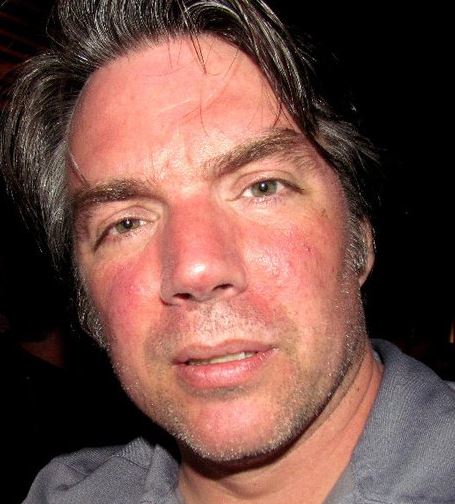 #1 He went to school in Canada

Michael de Adder was born May 25, 1967; in Moncton, Canada. He studied art at Mount Allison University where he received a Bachelor of Fine Arts in drawing and painting.

In addition to New Brunswick Publishing, Michael freelances for the Halifax Chronicle Herald, the Toronto Star and Ottawa Hill Times. His work is syndicated throughout North America by Artizans.com.
de Adder reaches millions of readers per week, making him one of the most read cartoonists in Canada.

On Friday, de Adder tweeted that he was let go from BNI and its subsidiary papers after 17 years. BNI is based in Saint John, N.B., and runs almost all the print publications in the province, including three daily papers. The cartoon was not published in the papers but was shared widely on social media.

#6 His cartoon brings light once again the issues around migrants risking their lives to enter the U.S.

The cartoon, shows Trump looming over Oscar Alberto Martínez Ramírez and his young daughter, Valeria, who drowned while trying to cross into Brownsville, Texas. The original image of the Salvadoran father and daughter made headlines early last week.

#7 Michael de Adder was afraid to submit any Trump work

On Twitter, de Adder revealed that every Trump cartoon he submitted for the past year was axed “It got to the point where I didn’t submit any Donald Trump cartoons for fear that I might be fired”

De Adder is married to Gail de Adder and together, the two are the proud parents of two teenage daughters; Meaghan and Bridget. The family of four resides in Halifax, Nova Scotia.

#9 He is well respected in the cartoonist world

Michael is a past president of The Association of Canadian Editorial Cartoonists and is on the board of the Cartoonists Rights Network.

#10 He is published at least four books