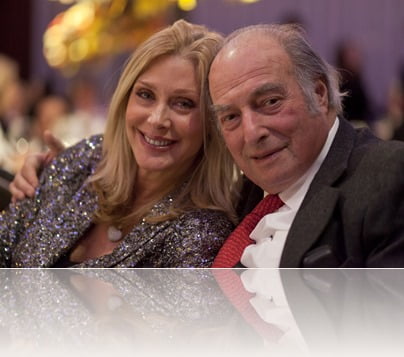 Marc Rich the wealthy billionaire. fugitive passed away in Switzerland after suffering a stroke on June 26, 2013. Mr. Rich was buried in Israel and leaves behind his two daughters Danielle and llona, but what about that **** lingerie model he was dating a few years ago Dara Sowell? were they still together? did he eventually marry her? what about his ex wives Denise Eisenberg and Gisela Rossi?

We all are way too familiar with Marc Rich’s story, from his successful path as a commodities trader, hedge fund manager, financier and businessman,  creating his company Glencore and eventually his fall from grace.

In1983  while Marc Rich was in Switzerland he was indicted for illegal trading with Iran and charges of tax evasion, becoming the biggest tax in history in the United States; to keep this short, Rich was for years named as one of Ten Most-Wanted Fugitives List in the FBI. He was granted presidential pardon by President Bill Clinton on January 20, 2011 just a couple of hours before leaving office, it was rumored Rich’s first wife Denise Eisenberg had made large donations to the U.S. Democratic Party and the Clinton Library in an afford to buy  pardon to her ex-hubby.

Denise and Marc had three daughters, it was rumored that after their divorce in 1996 she received $300 million in her divorce settlement, He then got married to Gisela Rossi but they eventually got divorce in 2005. Last March Forbes magazine reported Mr. Rich’s fortune was estimated at $2.5 billion. And so then came our girl, Dara Sowell, with whom Marc Rich went public in April, 2011, they couple met in 2010, they were introduced by Mr. Rich daughters in St. Tropez. 56-year-old Alabama native  Dara Sowell a former lingerie model was born on July 22, 1957. Sowell who became inseparable to Rich ever since they went thru a rough patch early in their relationship..

“The couple recently had a bump in their relationship when Dara went on a cruise to the Caribbean in February with a large group. Rich told Dara that she needn’t return to his magnificent villa in Switzerland. But she asked if she could come back to get her clothes, and when the two met up, they rekindled and they’ve been inseparable ever since.”

It seems that Dara walked away from her relationship with Rich after she realized he was not going to re-marry .

‘Dara came to New York this fall from Paris and she was supposed to go to St. Moritz, but she decided not to. ‘It was a brave decision for her to look towards the future,’ the source added. ‘She realized it was a dead end, that Marc is not going to re-marry or make a deeper commitment, and she wanted to move on with her life. She’s not going to St. Moritz at the glamorous height of the height of the holiday season.

Before dating Marc Rich, Dara Sowell was involved in a 15-year relationship with Robin Leach the host of the t.v show “Lifestyles of the Rich and Famous”.