Georgina Mitchell is the biological mother of Cyntoia Brown, who served 15 years of a life sentence for killing a man when she was 16.

This is a major victory for Brown, who for years has maintained that the 2004 killing was an act of self-defense.
In 2006, Brown was convicted of aggravated robbery and first-degree murder for killing 43-year-old real estate agent Johnny Allen, whom she went home with after he picked her up for *** at a Sonic Drive-In in Nashville.
She told police that she pulled a pistol out of her purse and fatally shot Allen because she thought he was reaching for a gun. She then fled with Allen’s guns and money. She drove away in his pickup truck.
Prosecutors claimed that Brown shot Allen as part of a plan to rob him, but Brown told police she was acting to protect herself. She was convicted and sentenced to life in prison over the killing.

Cyntoia’s biological mother, Georgina Mitchell, wasnt really involved in her daughter’s life. Georgina was a teenager when she became pregnant with Cyntoia. 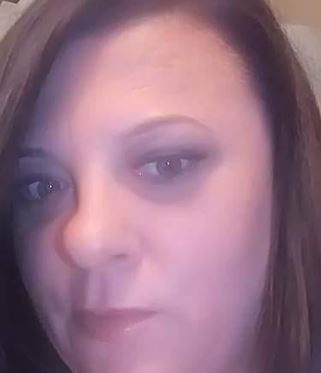 Georgina Mitchell testified in court that she was diagnosed with a number of conditions bipolar, personality disorder, suicidal, manic depressive. As a result she began using crack cocaine when Cynthoia was 8-months-old and put her up for adoption when she was 2-years-old. Cyntoia was taken in by Ellenette Brown.

According to a 2011 documentary about Brown, entitled “Me Facing Life: Cyntoia’s Story” It was due to her mother’s heavy drinking during her pregnancy, that Cyntoia was born with Fetal Alcohol Spectrum Disorder which affected her brain. The disorder also causes Cyntoia to suffer from paranoia.
Georgina also admitted in court that she drank up to a fifth of whiskey a day while pregnant with Brown.
According to the documentary, despite being adopted Cyntoia was unable to develop the stability she needed in her life and became a runaway and eventually a *** worker who was raped and beat by her pimp.

Georgina Mitchell was arrested in 2008 for drug trafficking, sentenced to serve 9 years, but was released in 5 years, in 2013. Georgina who goes by Gina Mitchell, is now currently recovered from drugs and crack.